Aaron started kiteboarding when he was just 10 years old in Cornwall , after having watched his dad take on the sport. 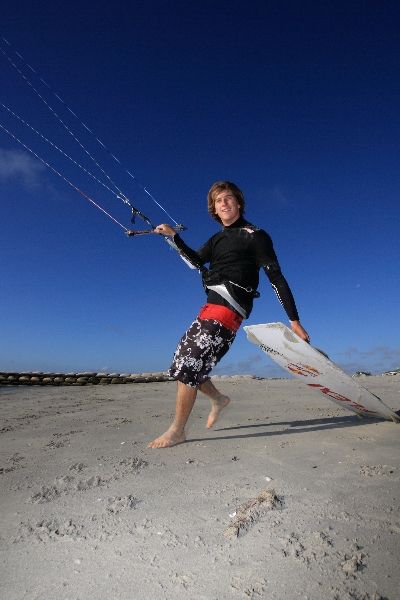 From the early days he showed a certain talent, and his parents decided to take him out of school to give him a chance to develop his newfound skills.

As the legend goes, whilst out training in South Africa, at the tender age of 12, Aaron was spotted by Jason Furness, then Team Manager for Flexifoil, who saw huge potential in this kid and offered him a Flexifoil sponsorship deal on the spot. 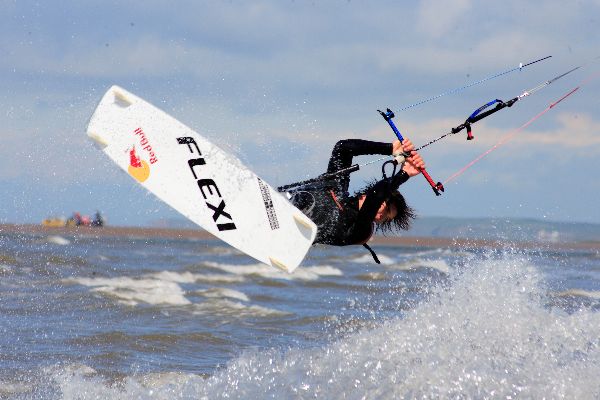 Aaron then successfully competed on the British Tour for a couple of years, whilst developing his style and gearing up to take on the big boys on the PKRA International World Championship tour.

He entered his first competition at  the age of 12 at BKSA round 1 Portland Dorset in April 2001 . In his first year he won the Junior title. In 2002 he went on to compete in the Pro Men to come 2nd.

2003 was the year that Aaron first entered the PKRA World Tour… This first year on the big tour was all about getting to know the events, getting used to this higher level of competing and getting better and stronger than ever before. Aaron ended 6th overall, an amazing result for his 1st year and at just 15 years old… 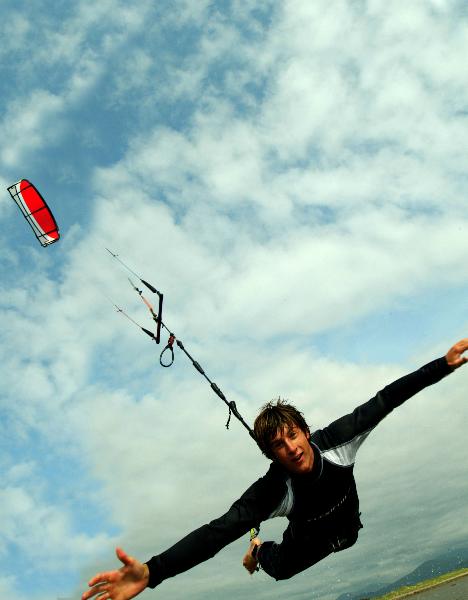 Then, 2004 was to become Aaron’s big year, the year of no turning back.

After a heavy season of competitions and at the tender age of 16, Aaron became the youngest ever Kiteboarding World Champion!!!

This was a huge achievement for Aaron, after competing all year against the likes of Martin Vari and Mark Shinn. It was now becoming clear that Aaron was here to stay, and many people and companies started to take notice.
With the help of his manager Jason and the support from his main sponsor Flexifoil Aaron bagged himself some big sponsors, such as Redbull and Chiemsee and established himself as a Pro Kiteboarder.
Ever since then there has been no turning back.         Image courtesy Flexifoil

No body thought he could do it again, but he ended this year – 2007 – with an overall five 1st places and two 2nd’s … Which made him World Champion for the 4th time in a row!

Few have ever come close to taking the title away from him or to match his style and power as a freestyle rider. Aaron Hadlow is the Kelly Slater, the Tony Hawk, of Kitesurfing. 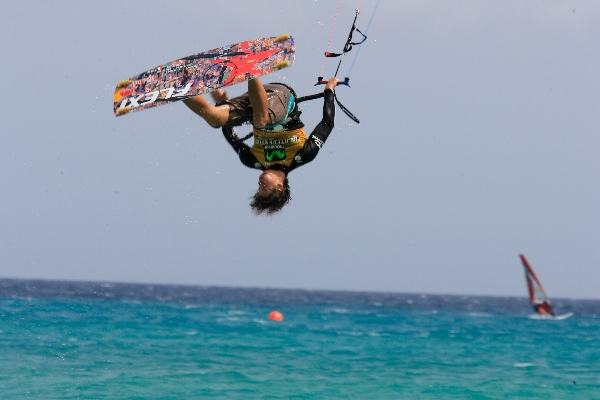 Aaron is currently in Cape Town, South Africa, to enjoy a well-deserved break and to train and get ready for the season ahead… Whatever the future may bring though, one thing is sure: Aaron and Flexifoil have achieved what no other rider or company has ever achieved before.