Organisers had to work hard to grind out results in the light wind conditions of the first three rounds of this year’s national freestyle tour, but the finals in Ramsgate delivered on both days! Here’s how the 7 categories of competition played out. 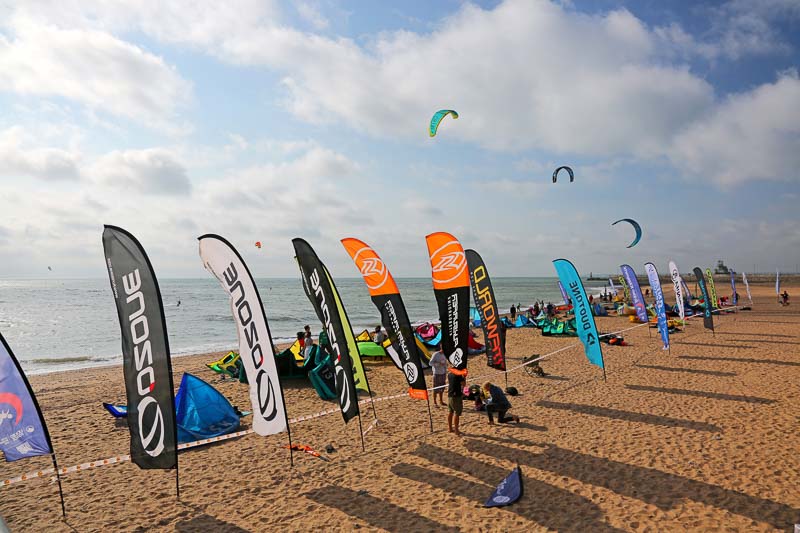 “What a fabulous end to the season, with a great final tour stop in Ramsgate for the BKC where we had challenging but good freestyle conditions for all the fleets to complete their competitions and of course where we got to crown the overall winners for the year!

“Special thanks goes out to all our tour sponsors: Cabrinha, North and Liquid Force, for supporting the tour along with Visit Lincs coast, The Kitesurfing Armada and Active Ramsgate as well as the town council for making such a great tour possible.

“Thanks to to all our great competitors, families, supporters, minor sponsors and gift providers, crew and volunteers for making it a great year.” 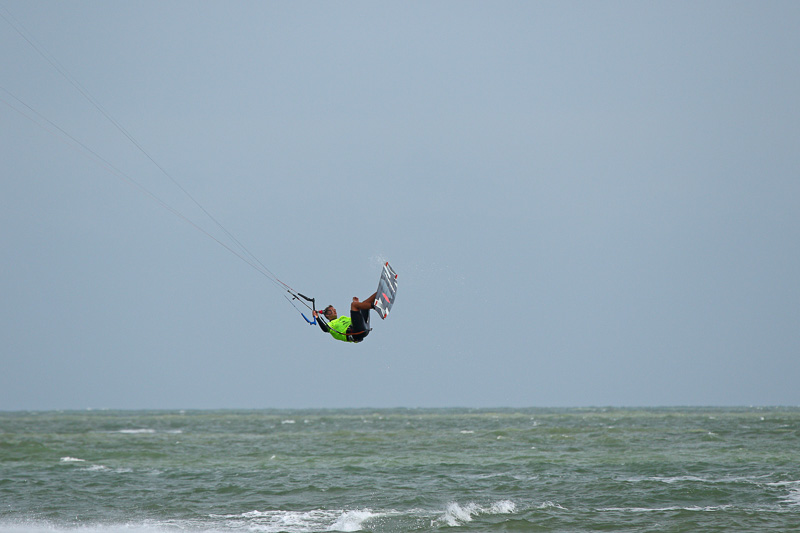 The Pro Men have waited patiently all year to run a full round of competition, and it was all down to this last event in Ramsgate. The most notable rider of the event was local rider Mark Spencer, who was in fact meant to enter the Masters fleet. He opted for simpler tricks, but his consistency with those tricks saw him pass through some tough heats against tour regular Ollie Zabell and Hydrofoil master Guy Bridge. Zabell, usually such a classy performer, looked out of sorts with the conditions and couldn’t find his way through to the final, but this wasn’t only the case for him as George and Oli had looked shakey throughout the competition. That is until the final, when they turned up the heat and threw it all down!

The Final was the duel we expected between top two. Having found his way to his first final at the first time of asking, Mark landed more smooth tricks, but George and Oli managed to find their higher gears, with slims, 315s and hinter mobes going down from both riders. George however managed to step it up that extra notch, putting down a big slim 5 and heart attack 3 to take the final and the British Title for a third time! 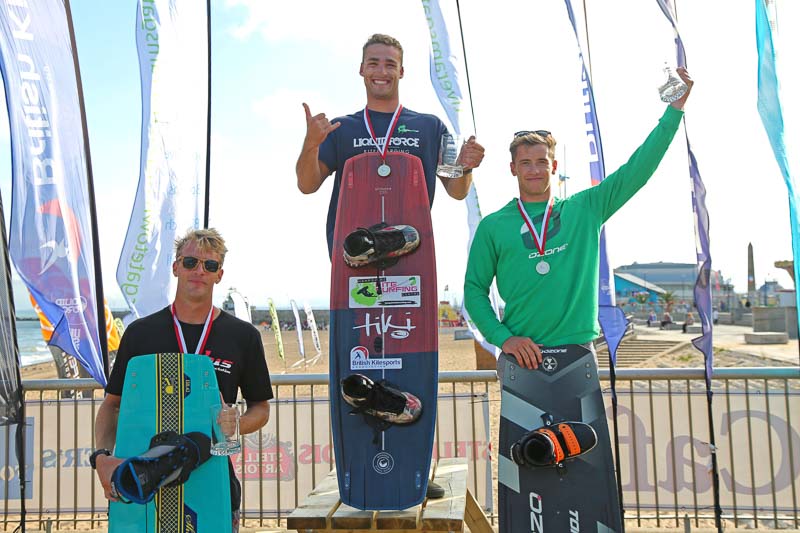 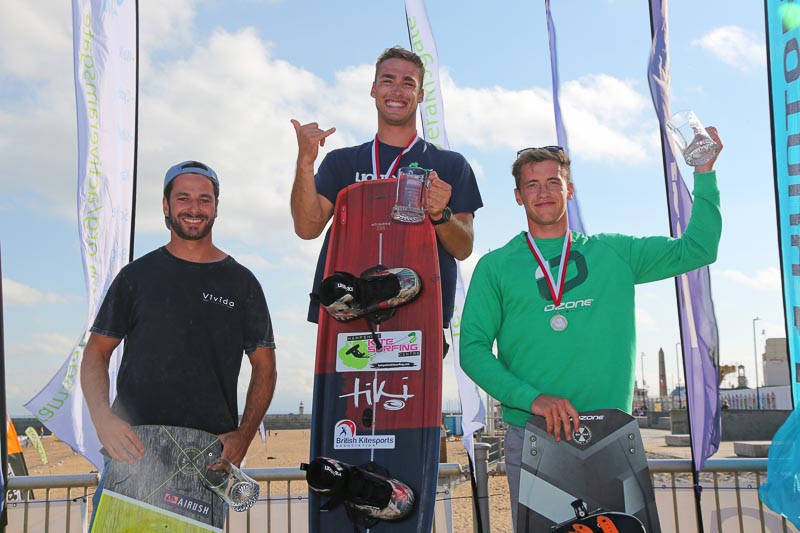 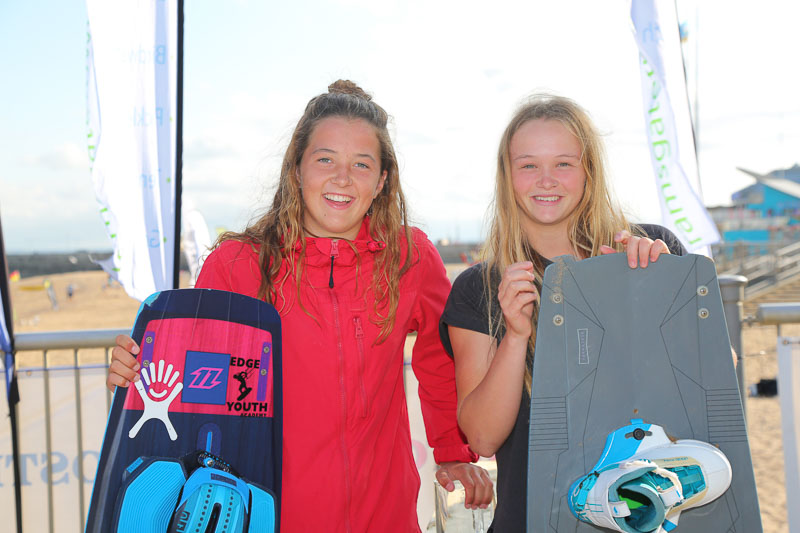 This was a tight year for the Pro Women with only low numbers (as others have moved on to the World Tour or to focus on coaching), but the stands remained high! Racheal Hooper is a young rider from Exmouth, and as part of ‘Team Bridge’ is motivated and mentored by the Edge crew and is another rider who has competed on the World racing stage, appearing at the continental Olympic trials in Morocco and China. She took the step up to the pro women in this year and arrived with a bang!

It was all to play for in this final event against competitor Jessie Tucker, herself an overall podium finisher last year. Racheal had to win this event to take it to a tie on points, but would ultimately win as the last contest would be Ramsgate, she would be awards the title on count-backs.

The wind really picked up and the girls started their heats on 7m kites, with the first heat going to Jessie. The Hampshire rider must have been pretty pleased and feeling confident of claiming her first British Title, but Racheal was having none of it! With her family on the beach cheering her on, Racheal took the second heat of the day.

For the girls, it was time to compose themselves as the season’s work focused in on one more final heat. Whoever won the heat would be the British Champion for 2018. Jessie opted for her 7m, which could have been her undoing as Racheal managed to stay high in the competition area, and put down some nice tricks to give her an early lead on a bigger kite. Jessie had only managed to land a single move before riding into the beach to switch to a bigger size kite (which was actually passed to her by Racheal’s brother), Eddie. What great sportsmanship!

Unfortunately Jessie was then too far down in the competition area where the wind was slightly gustier and couldn’t regain control of her kite to make it back into the competition area.
This meant that Racheal took the 3rd heat and the 2018 British Title. 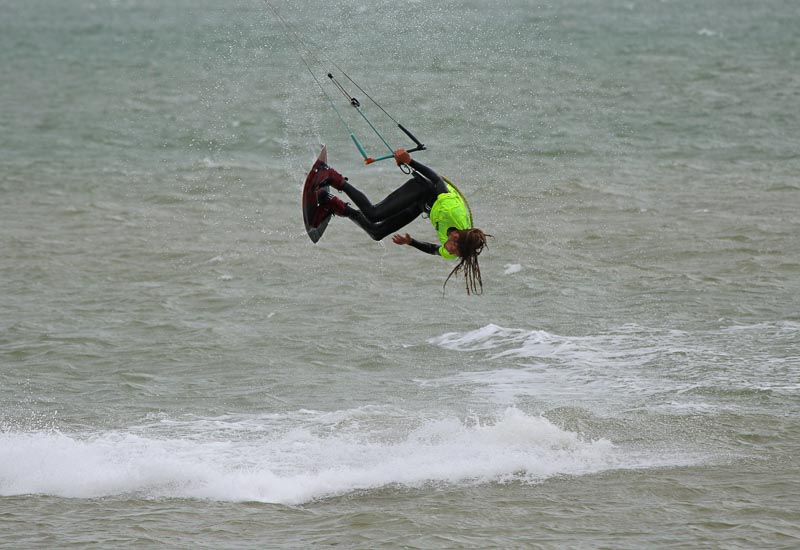 The 2018 Masters competition saw a Championship win for Robin Snuggs who decided that there was too much fun happening on the water to be sat in the judges’ vehicle, where he has been for the past few years. Once a Junior star and prodigy, Snuggsy proved that he still has the magic and, although he spends his time coaching the groms at 514 Elemental, he still has a few moves in his bag. Second place went to Trevor Merrick who has been constant throughout the year and we all remember his highlight heats at Skegness where he was landing kite loop back rolls into an inch of water.

BKC tour manager Craig Smith managed to find time to make a return to competition at Ramsgate too – bagging himself second place… showing that this category is hard to resist when you’ve still got a variety of skills… and the taste for the podium! 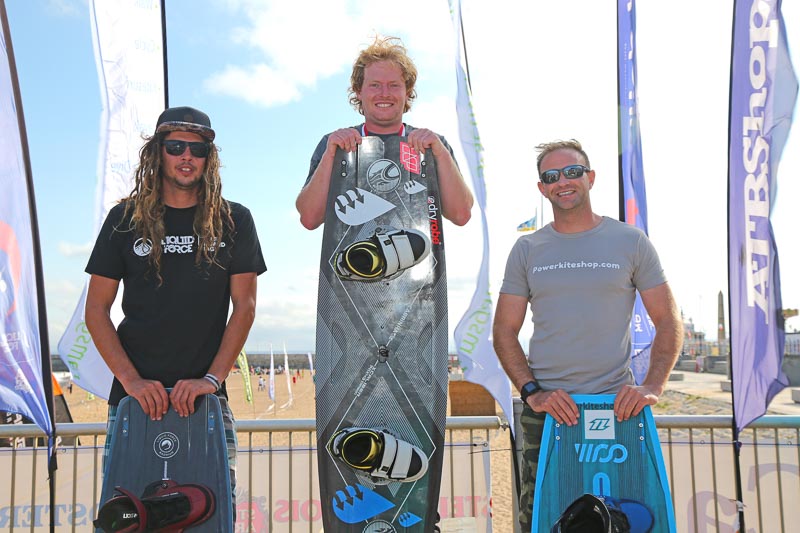 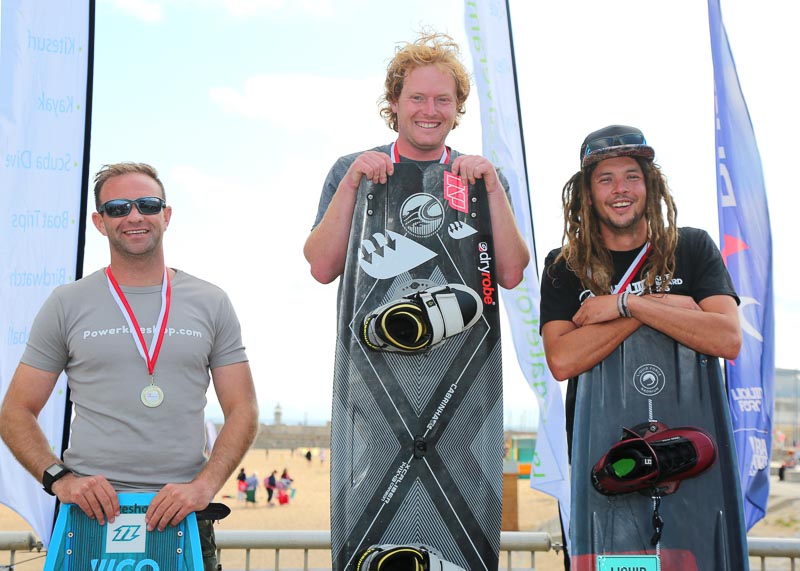 The Pro Junior Boys category is a growing fleet and the riders in it have a very bright future in the sport. We are deeply sorry for the error on our part in recently posting the incorrect results after the final British Kitesurfing Championship event in Ramsgate. We also apologise for the confusion and stress it has caused the riders and parents. 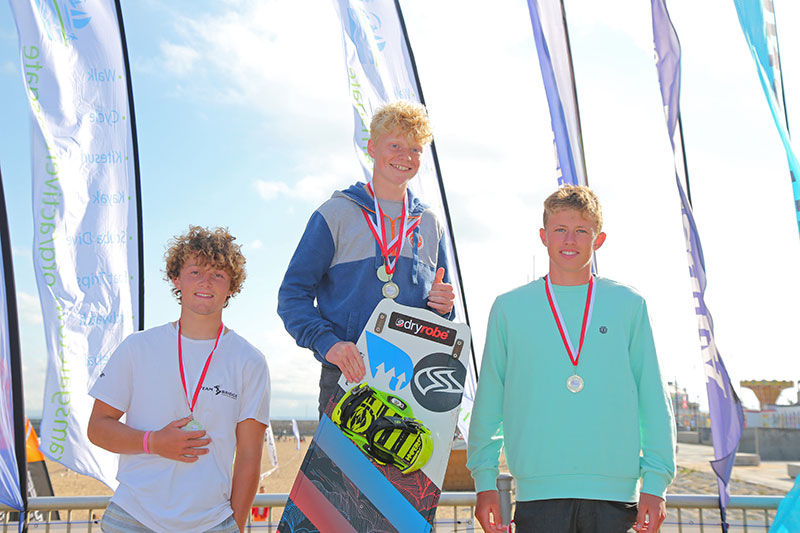 The correct results and overall 2018 season standings are as follows:

We take our role as championship providers very seriously and will be taking steps to avoid anything like this happening again in the future. 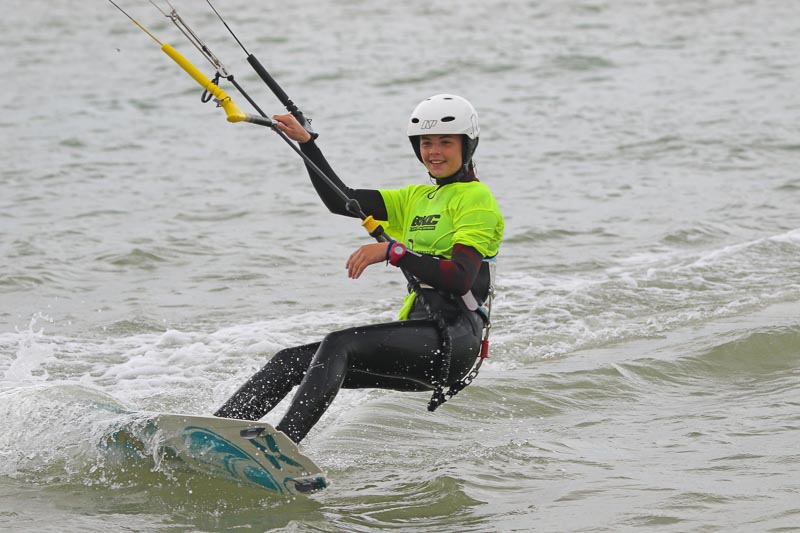 The Junior Girls competition was fought between just two girls this year, however Francesca entered this final event and really put on a good show as a third contender. Jasmine Wallis has remained consistent and added tricks to her repertoire throughout the year (and also attended the World TT Racing Champs in China, so is growing into becoming a really talented and all round rider with rapidly growing experience in the sport!). Maddie Evans had a really good final heat, throwing her most smooth and stylish front roll right in front of the judges! 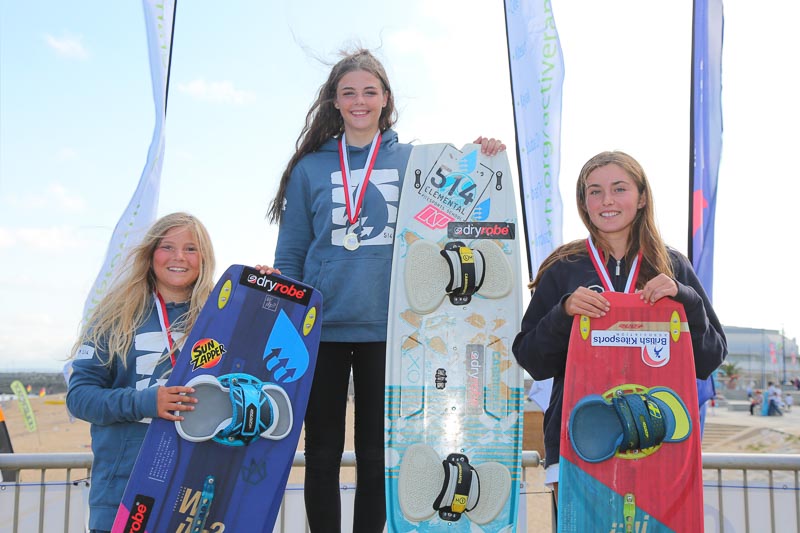 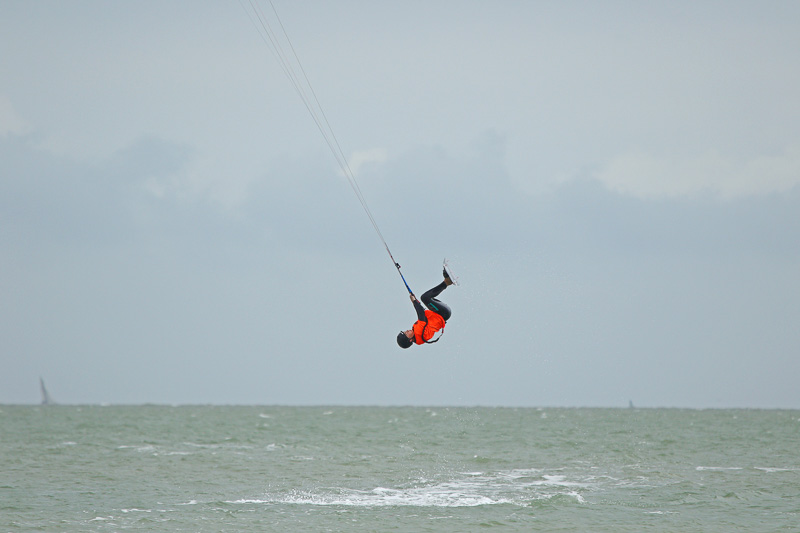 The most hotly contested fleet of the year featured a close contest between the top three riders all season. Each rider brought a new trick to the table each event, but Alex flew off into the distance in terms of tricks and points here, adding a lot of style and power into his tricks. Adam Farrington has added lots of amplitude to his now standard moves while Ryan Daffin has been super constant throughout the year in challenging conditions.

Alex had a bit of a wobble in his semi-final against Billy Evans, hinting at a possible shock exit, until Alex’s final run where he pulled out three big moves to see him safely into the final where he managed to overcome Adam. 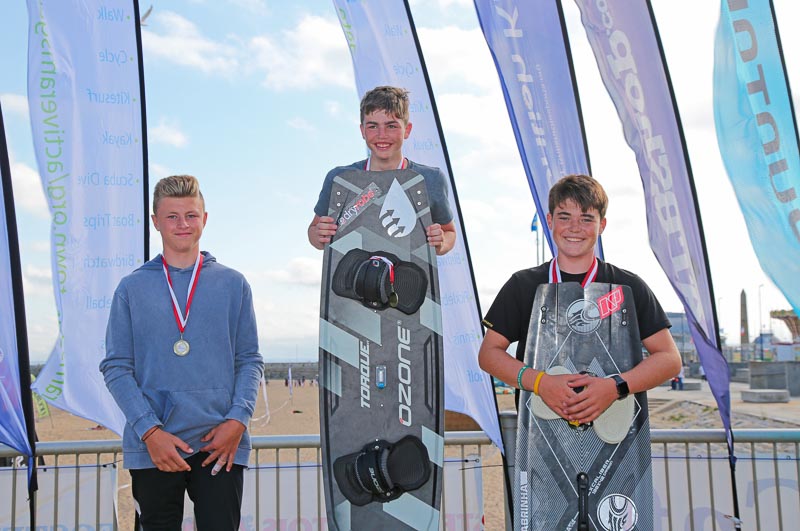 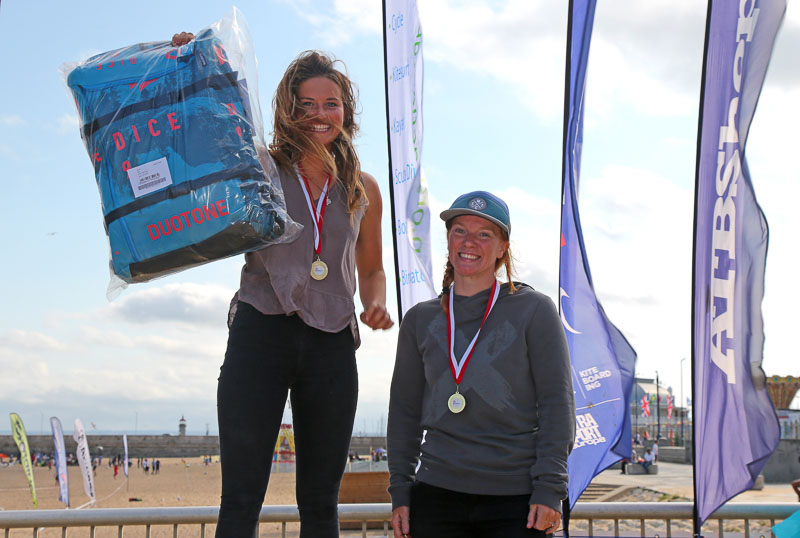 The Ramsgate kitesurfing scene is obviously strong as the event saw several local riders entering this final round of the year. Lana Culley looked to be struggling with the conditions, but managed to fight her way through the second round and into the final. Locals Katie, Sarah and Pauline looked to handle the harsh local conditions slightly better, although Pauline seemed to have peaked just before her semi final.

Overall, it has been a tight year for the Amateur Women, with marginal conditions and an injury to 3rd place Kim Peters at Westward Ho! Lana however has kept her nose out in front all year with great consistency and great beach support from her Poseidon team mates. 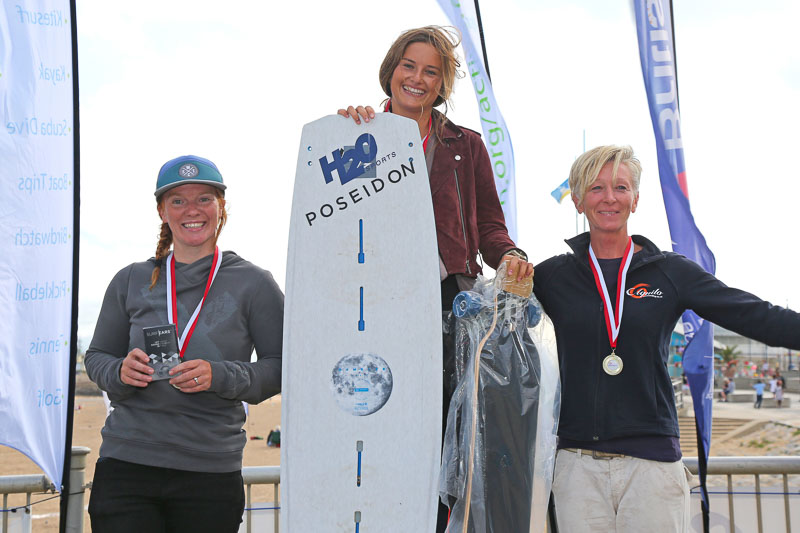 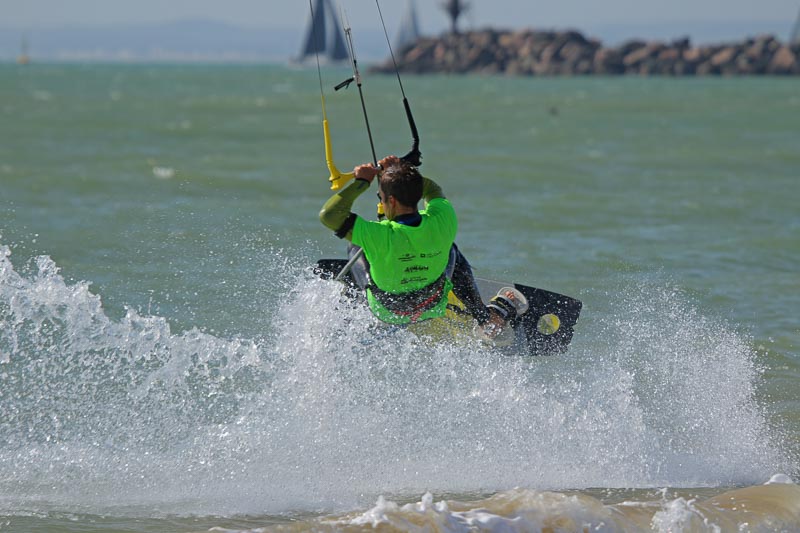 Russell Farrington – a man of many talents – and also makes the BKC videos!

The biggest amateur men’s fleet for two years saw a full 12 man competition ladder at Ramsgate! It was great to see the amount of local Kent kiters in this ladder, but the show was taken by tour regulars on the podium.

The top two riders have been in a duel for the past two seasons. This time round Russell Farrington took top spot with a stylish and very busy heat. Russell is a master of all trades, regularly riding a foil or surfboard and least of all a twin-tip, but he threw down some impressive tricks, including hooked-in front and back rolls to blind, blind transitions as well as many other moves. 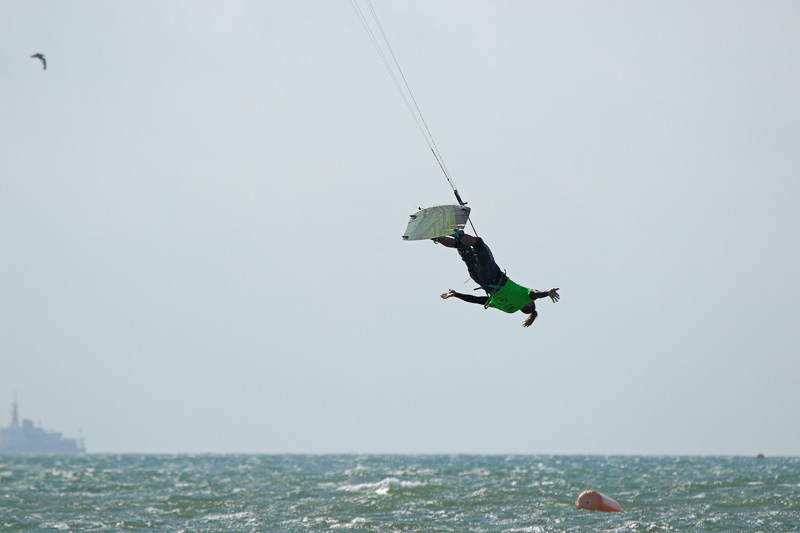 Harry Calvert went full force with his uniquely boisterous and powerful style, sending huge inverted front rolls with kite loops all over the event box! Alberto Kavadellas took a different tactic, opting for clean stylish unhooked moves and really showed the judges that he had constancy as well as power. 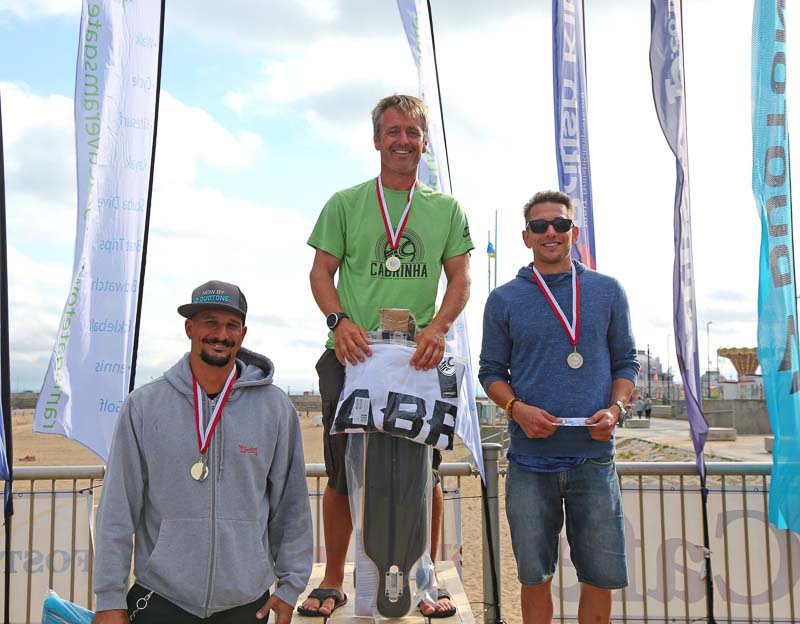 We wish the riders and their families well and look forward to another great year of BKC competition in 2019. 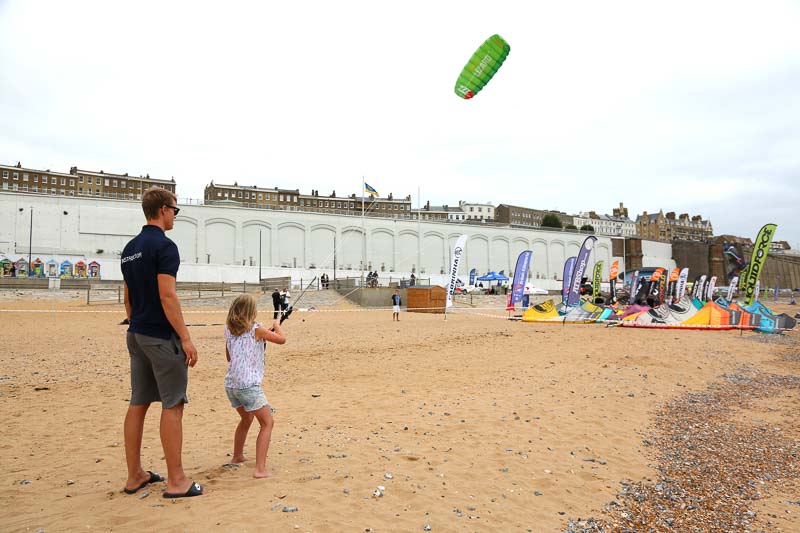 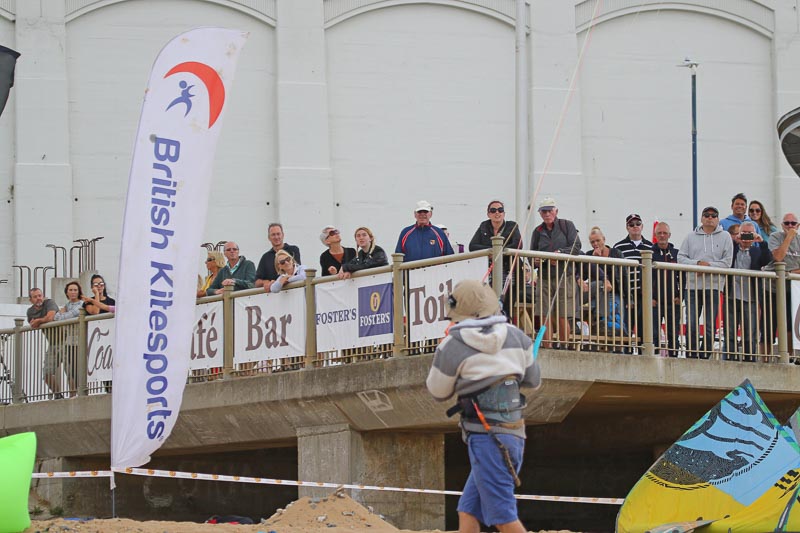 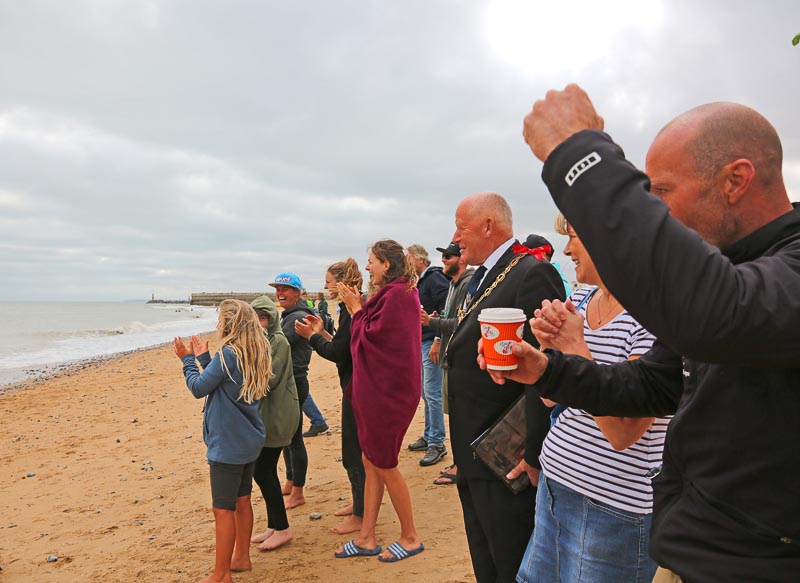 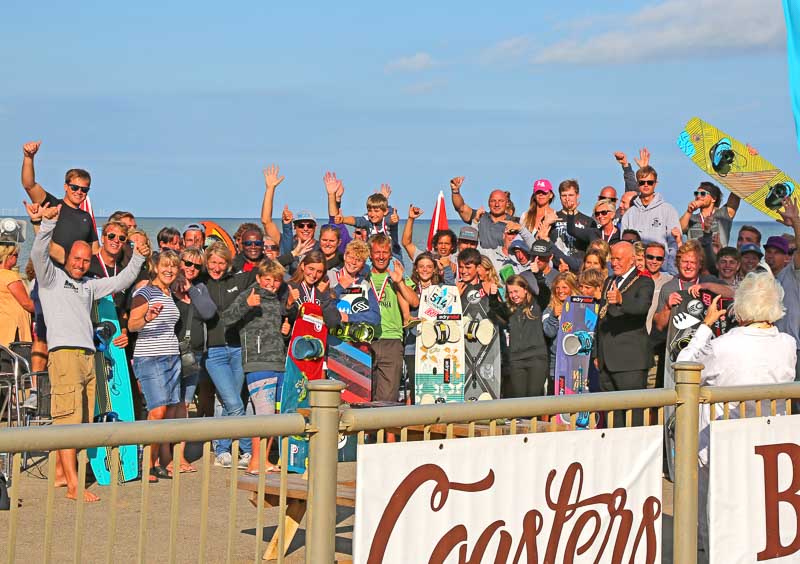 DID YOU COMPETE AT THE BKC RAMSGATE? IF YOU’D LIKE TO LEAVE FEEDBACK ON THE EVENT THEN FOLLOW THIS LINK