After a long and sometimes (weather related) frustrating wait for a return to competition and contestable conditions, the BKC Tour wrapped up in fine style at the Armada Festival on Hayling Island sea front last weekend.

Nearly 3000 spectators were on site to see the Junior Amateur and Pro fleets do battle to decide who was going to take the title in each division.

This years tour as we all know was disrupted by COVID initially with the unfortunate cancellation of the Skegness event. Before we give a detailed report on the Hayling event a liitle about the ramsgate event in August…

The riders arrived at Ramsgate with a hope of contestable conditions and unfortunately the wind gods decided that they were not going to play ball.

Teasing us yet again on a competition weekend, but as a group of kiters the optimism and enthusiasm to be able to meet up on the beach shone through. To keep everyone entertained there was a foil pumping competition, a wing foil race with everyone finding ways to keep entertained and a good time was had by all. Without contestable conditions the registered riders shared the points equally among their divisions making the next and final tour stop of the BKC 2021 a winner takes all event…. 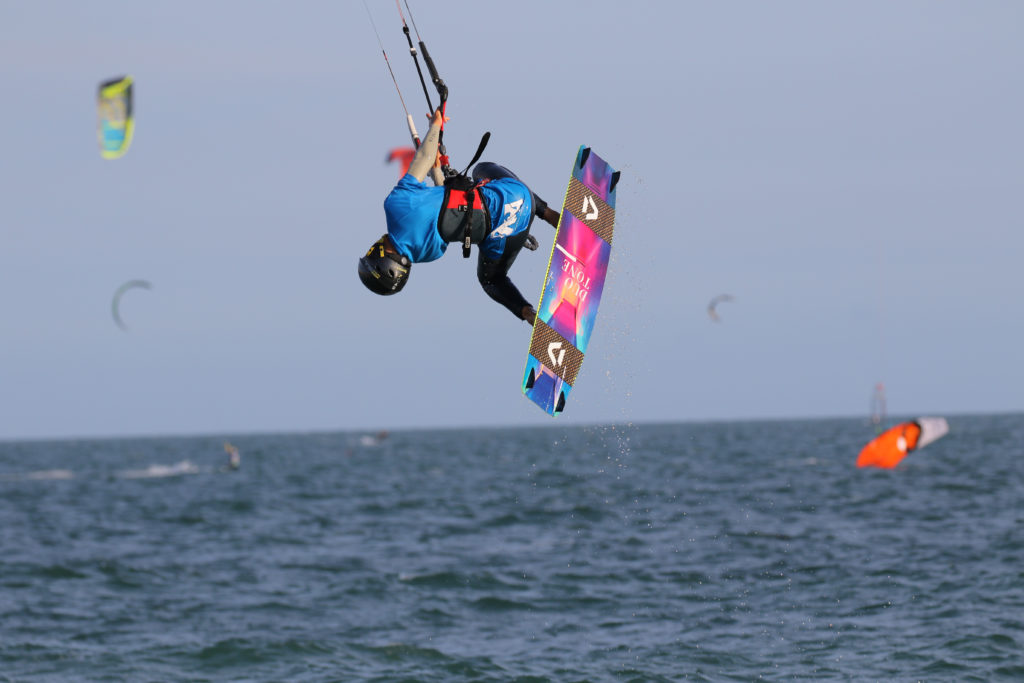 With the entire tour hanging on Hayling Island everyone was waiting and hoping for enough wind to get a contest….
The long range forecast was not looking great into the run up to the event but as the weekend approached it started to improve and anticipation was high. 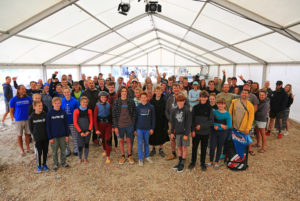 The contest area was part of the Armada festival site with great views for spectators and close access for the riders to enable those inevitable last minute quiver changes. Those arriving on Friday had good conditions to get in a bit of practice before the main event on Saturday.

With the wind building we kicked off with the junior fleets, kit selection became critical as larger kites were the order of the day the enthusiasm with wich the junior fleets threw themselves in to their tricks was inspiring and parents took on the role of support crew and upwind Taxis for their kids when they dropped downwind out of the competition zone.The Judges in the BKSA truck perched on the top of the shingle bank had a perfect view of the proceedings but had some tough calls separating the riders in close fought heats, all the way through to the finals. 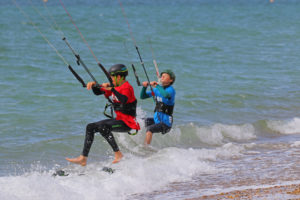 The wind decided to ease off a little at times so the odd black flag was required, the forecast was for the breeze to peak at about 3pm. and drop off after that. With light wind forecast for Saturday Evening and all of Sunday the BKSA event team were keen to keep the momentum going so that all the fleets could get a result.

So we moved swiftly on to the knockout rounds with the amateur fleet still on big kites the amateur men and women progressed through their rounds with some smooth and some not so smooth but highly entertaining aerial attempts, the crowd on the beach was building nicely as was the wind and the atmosphere, with audible cheers and oohs from the beach to spur the riders on. 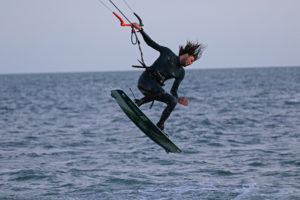 With the wind at it’s best and the high tide, the Open categories took to the water with all contestants pushing each other with increasing apmlitude and technicality. Again the judges were being kept on their toes with some close fought heats but eventually we were all set for the finals in each category.

The Crowning of the 2021 Tour Champions 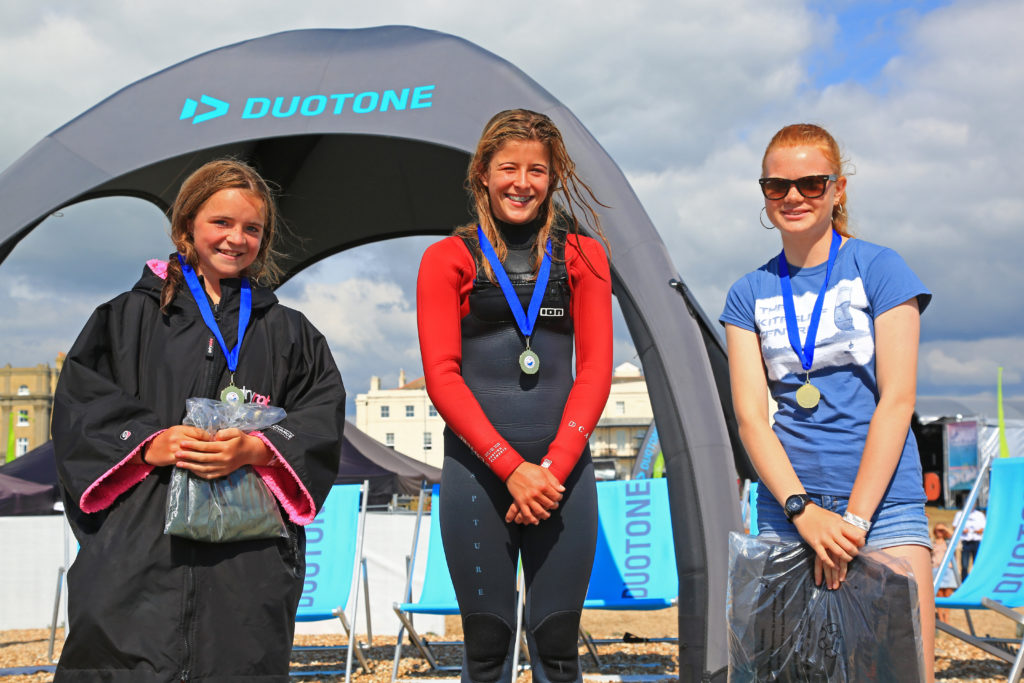 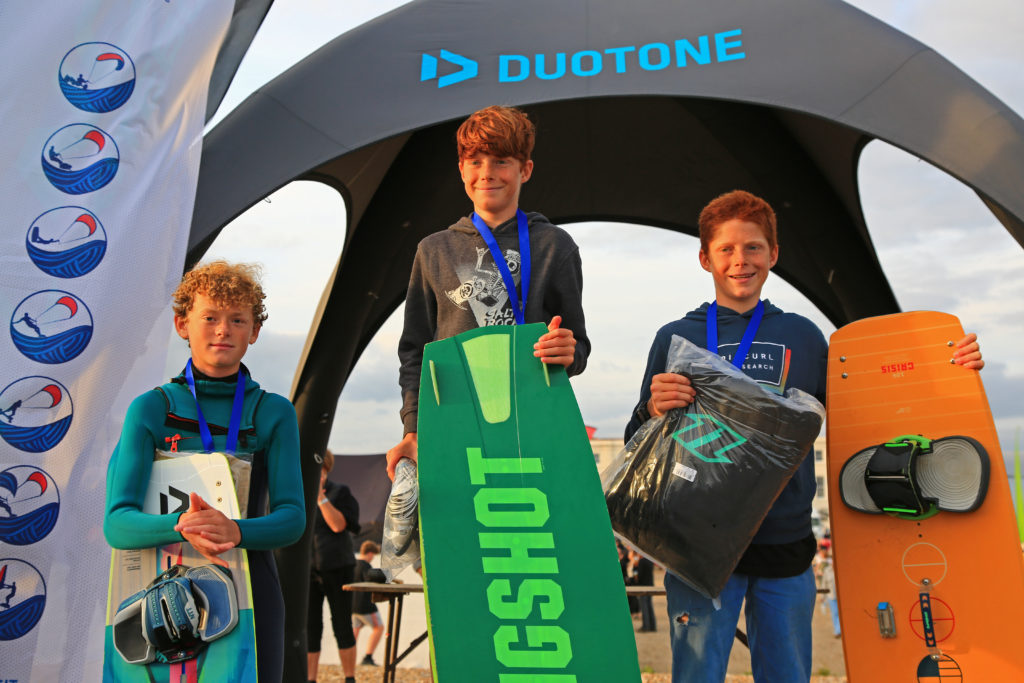 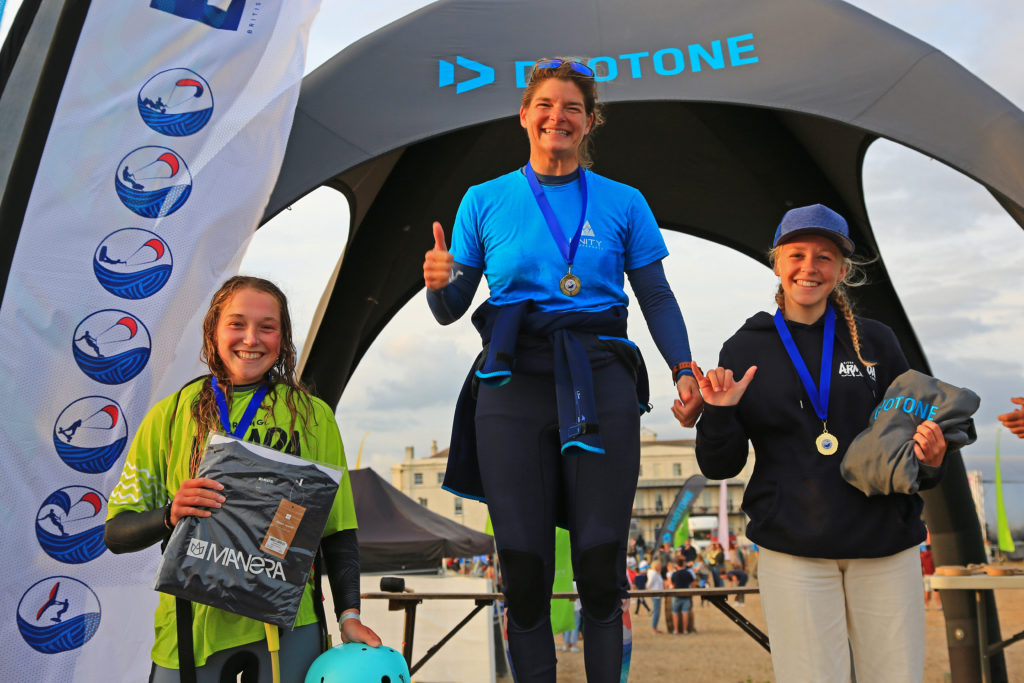 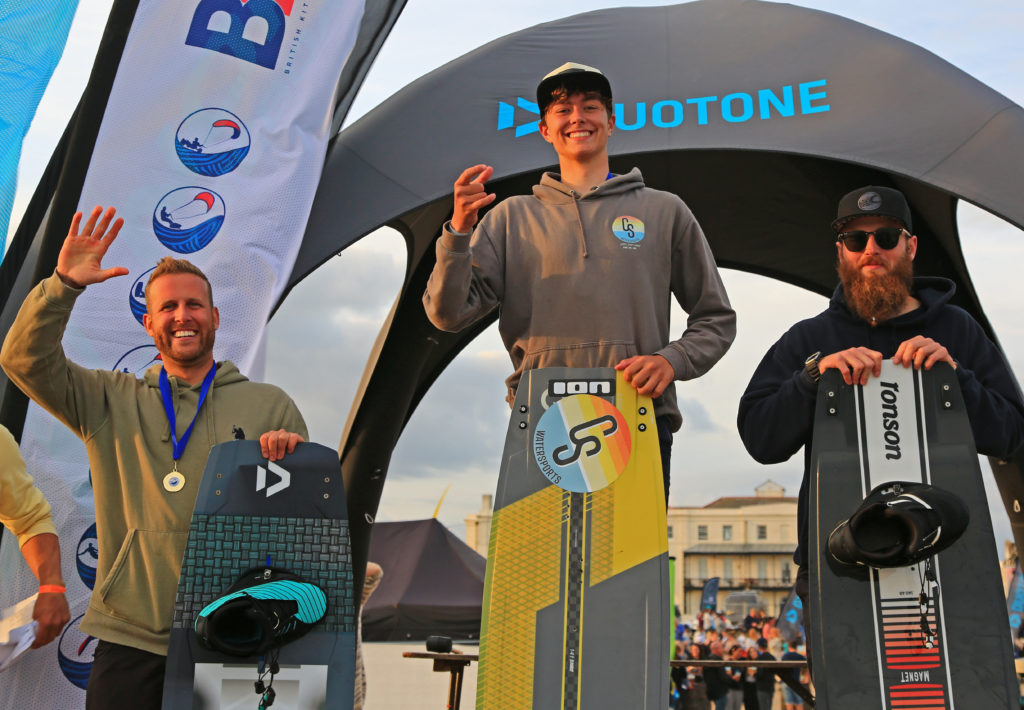 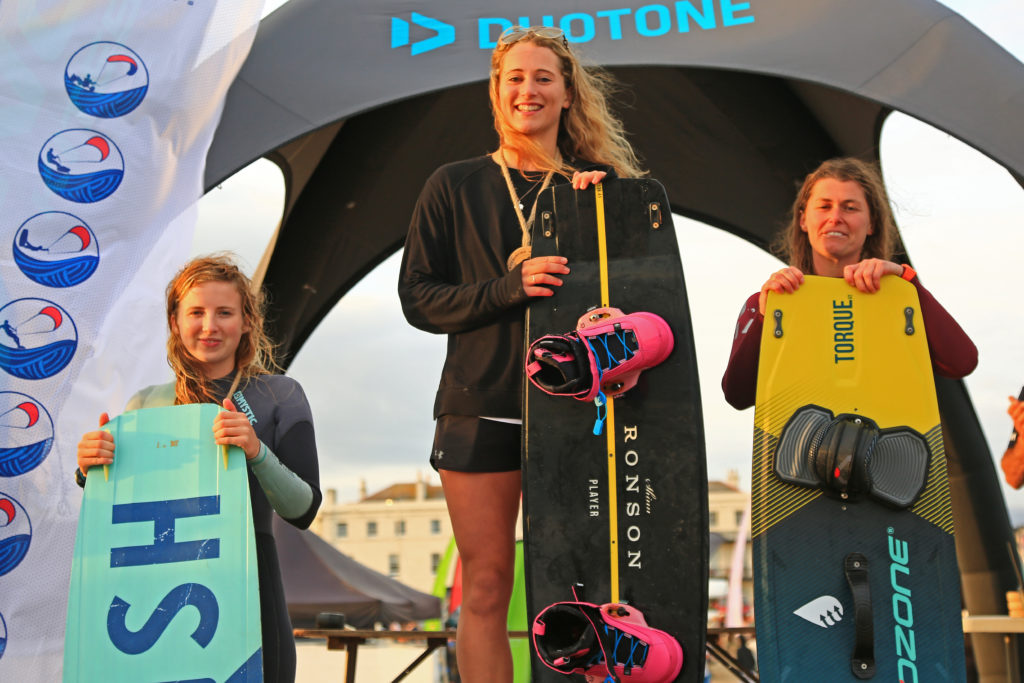 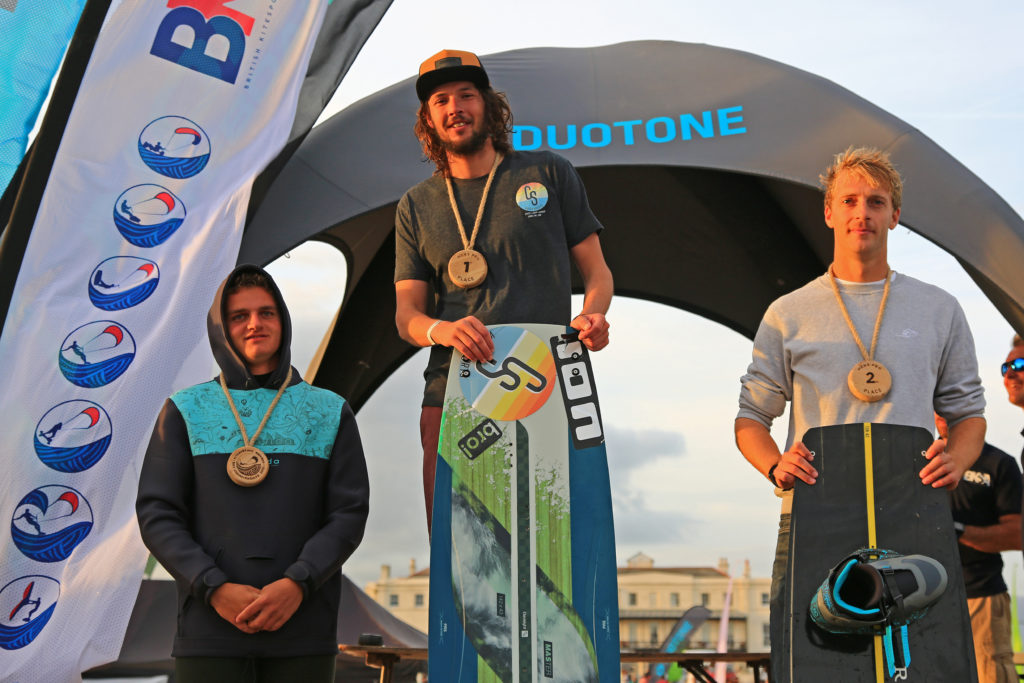 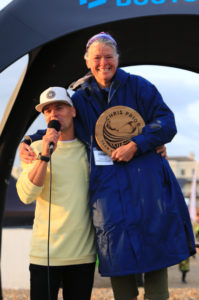 This year on tour we have the Chris Prior spirit of the competition award.

For those who have been around the UK kitesurfing scene it was deservedly and emotionally awarded to Eunice Bergin who has stood on many cold and windy beaches over the years making sure that all of the action gets professionally photographed with a smile and irrepressible spirit, we think Chris would have been proud to see the event award to go in Eunice’s direction.

Thank you to all who attended and let’s hope we can run a full season of events in 2022, so all competitors new and old get training over the winter! 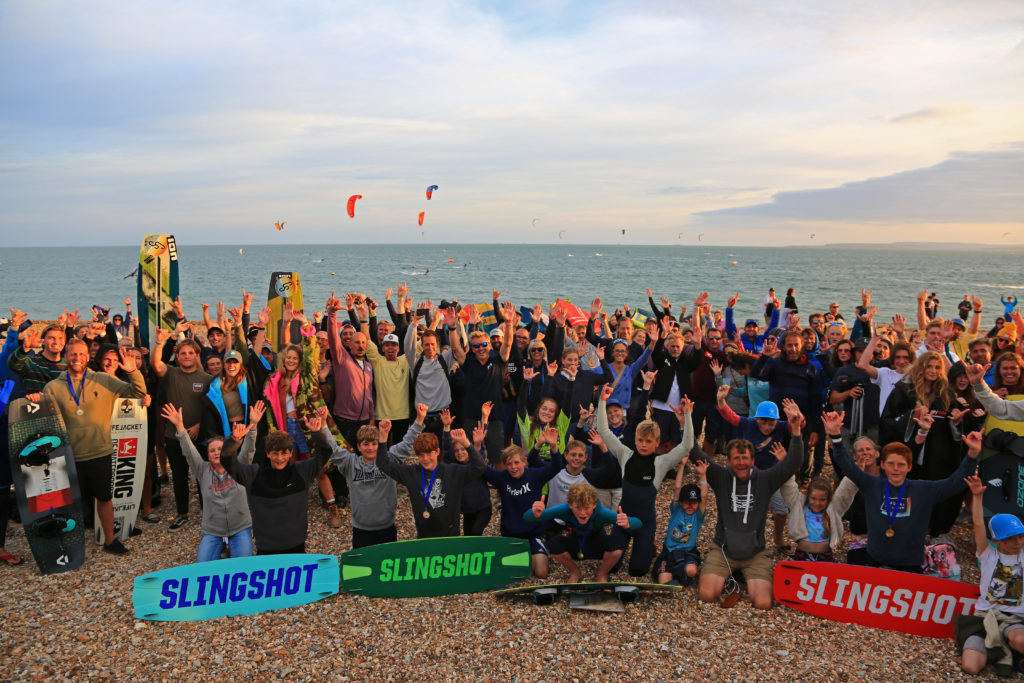