We hope you’re all having a good summer with plenty of water time. It’s certainly been an up and down year, not only with restrictions, but also the really diverse conditions hitting the nation! Big kites, small kites, foils, wings, surfboards and handkerchiefs have all been in heavy use at times!

Scroll down for the top news items from our world this month, including the return of events, a brand new Robby Naish feature length movie and more!

It’s been a long time but in the coming few weeks there are two great events to look forward to!

As the Skegness event was sadly cancelled earlier in the year, we’re pleased to announce Ramsgate as the opening round of the 2021 British Kitesurfing Championships – with the final round coming a few weeks later at the Kitesurfing Armada. 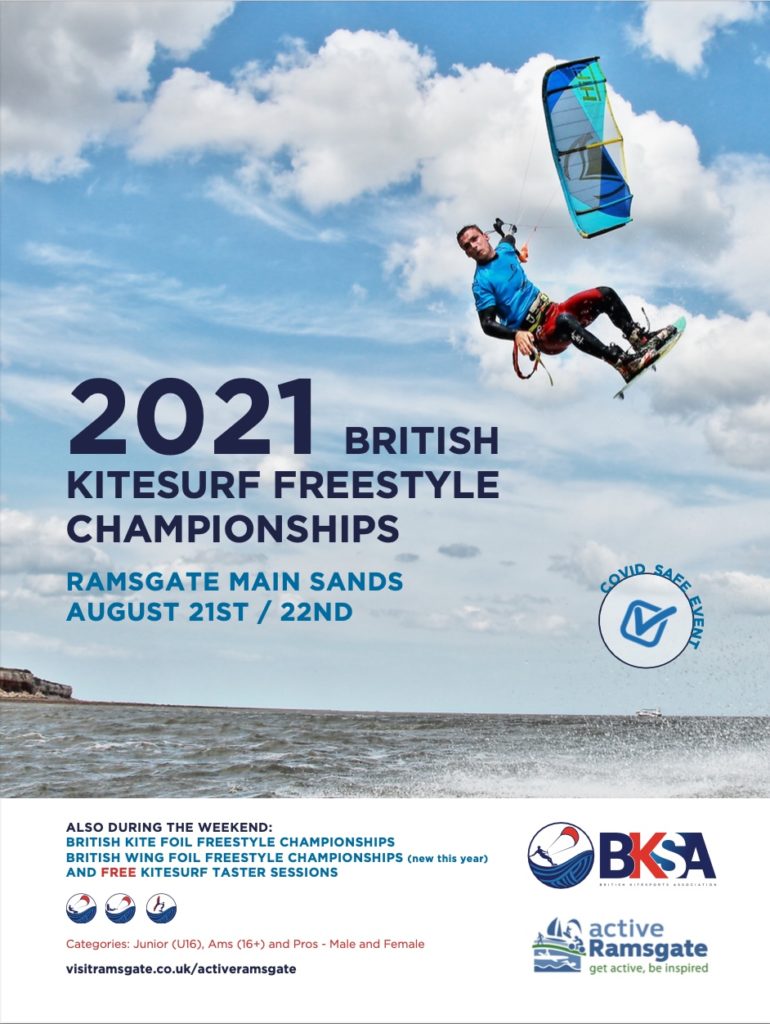 Ramsgate has been a superb hosting ground for the BKC for two previous year finals and we look forward to making a return after the event hiatus through Covid. Active Ramsgate, an initiative of Ramsgate Town Council to support the economic development of the town through the promotion and celebration of outdoor activities, will be sponsoring and hosting the Championships on Ramsgate Main Sands.

There will be plenty on offer for spectators of this FREE event, including the highly popular FREE kitesurfing taster sessions on the beach as seen at previous Championships, commentary, demonstrations and tricks on the water from kitesurfing world champion Lewis Crathern, along with music, a variety of outdoor leisure stalls and some unexpected surprises over the weekend – all creating an event that the whole family will enjoy.

There are now more reasons to come along – we’ll be running our first Wing Foil Freestyle event as well as Kite Foil Freestyle on top of the usual Twin-Tip Freestyle Junior, Ams and Pros.

Find out more and register for the event HERE.

If, like us, you’re excited about getting on the water at Europe’s biggest kite and music festival again and then partying with your fellow kiters – the Kitesurfing Armada is the only place to be! 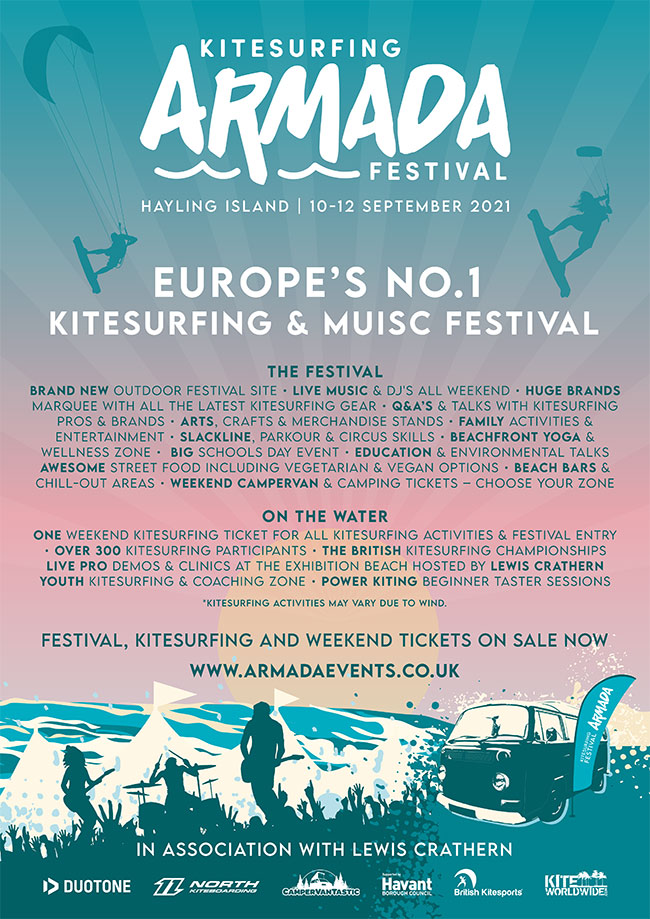 The Kitesurfing tickets are heavily subsidised this year to just £25, which covers all your water time, safety cover, 2021 event rash vest, any demos you do and more!

Watch demos and exhibitions by pro kitesurfers like Lewis Crathern, Sam Light, Aaron Hadlow, Tom Court and Hannah Whiteley. Why not sign up for a live pro clinic? You can also watch the British Kitesurfing Championships final round play out and also get your friends and family into kiting with a free powerkiting beginner taster session run by the BKSA.

All that, plus loads of other entertainment, including 90s band ‘Dodgy’ headlining the music stage.

Camping tickets are nearly all sold out, so get in quick… and we’ll see you there!

Tis the season that wing foiling flourished! We’ve now run 7 wingfoil instructor training courses and those 60 fully qualified instructors have been delivering learn to wingfoil courses around the country all season. 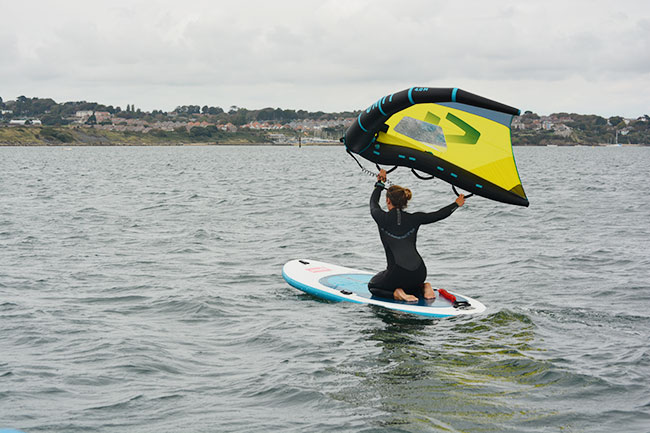 Mixing the thrill of harnessing the power of the wind with the freedom of surf foiling, wingfoiling has really taken off this year, not only with people crossing over from kitesurfing and windsurfing, but at its most basic level the discipline has proved to have great appeal for people who have never done any wind/watersports before.

If you want to get involved and find out more, click here.

What a joy it was to watch all the different sports in the Olympics this year, and to see so many British medals achieved by individuals who have overcome such training difficulty. We saw great success in the sailing medals and don’t forget that kite racing will feature at the Olympics in Paris 2024!

We’ve seen some great results in the international kite racing events in the last 18 months, particularly for Connor Bainbridge and Ellie Aldridge who have emerged in that time as the riders to beat, but there’s still time for the likes of the Bridges and Kite For Gold female graduates like Katie Dabson to rise to the top of the British rankings. Look out for more info on the race to qualify for the team coming next year.

Hear from Elle Aldridge, our current leading UK female racer, in this interview with Kiteworld editor Jim Gaunt the day before this season’s first KiteFoil World Series event kicked off at Hangloose Beach in Italy in July.

The man, the legend… the challenge crusher! This is a movie you don’t want to miss! Oscar-nominated and Emmy Award winning filmmaker, Joe Berlinger, travels the globe with legendary windsurfing champion / kitesurfing / wingsurfing pioneer, Robby Naish, in the adventure sports documentary ‘The Longest Wave’.

Released for Red Bull TV, you can watch it here:

OCEAN / BANFF FILM FESTIVAL IS BACK

Returning to theatres around the UK this autumn are the popular and evocative Ocean Film Festival and Banff Mountain film tours. 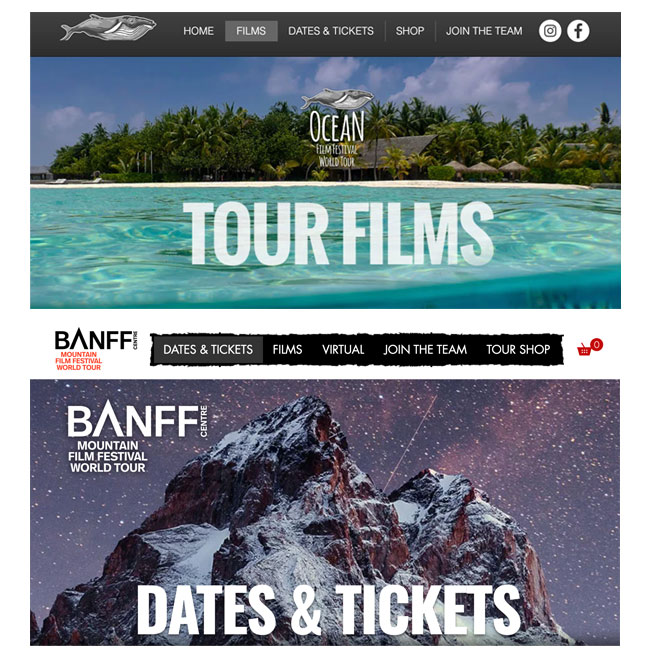 Resonating with the ultimate in human drive and achievement in the wild world, these movies are very unique. Some films are also already available online as Covid has affected the live shows for the last 18 months. Find out more on the links below.