The BKSA Powered by Deadman

2008 sees new clothing company ‘Deadman Kitesurfing’ teaming up with the ‘British Kite Surfing Association’ to become the official sponsor of the BKSA Race Crew at the 2008 BKSA Grand Prix events.

After visiting last season’s events the boys were hooked on everything from the great venues & watching the UK’s finest pulling out their awesome moves, to the friendly party atmosphere the BKSA provide at all the events.

They wanted to be involved straight away, to raise their profile and help the BKSA boost the sport in this country. 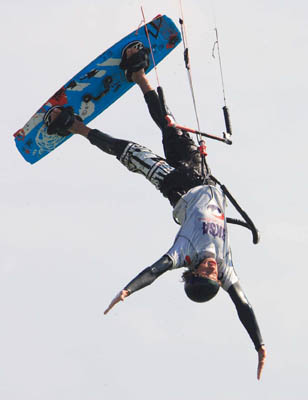 It was at the events that they met their 1st Sponsored rider, Dan James who went on to become Junior champion 2007, ending a great year all round.

As part of the deal there will be an official BKSA & Deadman 2008 tour T-shirt being released on both the websites.

At the moment ‘Deadman’ are working on their new men’s and women’s range and the 1st ladies hoodies have gone down a storm so there’s loads more to come!

Deadman are also working with a kite surfing instructors around the UK to offer deals to anyone new to the sport. If anyone is interested get in touch through their website.

You can find information about all their products and services at www.deadmankitesurfing.co.uk