With all the interest in the Olympics right now and the inclusion of kitesurfing at Rio 2016 it is no surprise that the media are now looking a lot closer at kitesurfing. 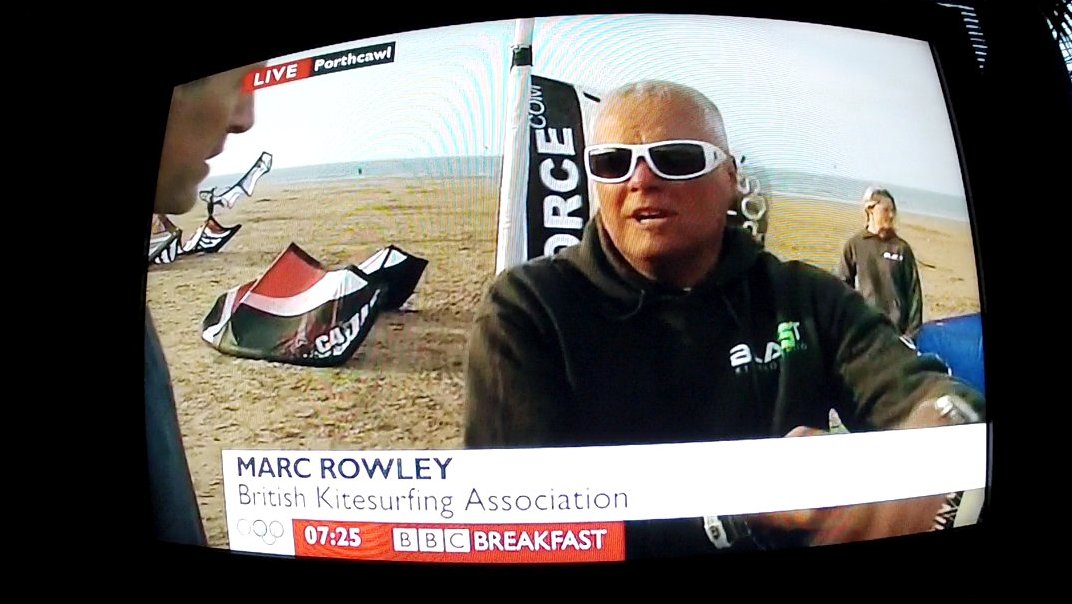 We (Blast Kiteboarding) were asked at short notice by the BBC if we could meet up the following day at 5.00am for a live broadcast on Breakfast TV (National) and chat about the inclusion of kitesurfing and what it means for the sport within the UK and leading up to 2016.
The day before the broadcast I was lucky enough to have a most amazing session on a race board and light wind kite in no more than 7knots so I was still buzzing from this when they called.

Fortunately we had a brilliant day in Porthcawl for the live broadcast with a nice steady 20knots plus and warm sunshine too. The interview eventually went out live at 7.25am after problems getting a decent satelite signal. As the crew were packing up they had a call from the BBC asking if we could then do another piece to go out on BBC World, again live which we’ve heard from friends who saw it from all four corners of the globe.

There was a great show by the locals…10 guys on the water by 5.45am, respect!
The rest of the day just got better and better, hot, sunny with flat water. We also had lessons on all day and the students all made fantastic progress in the glorious conditions…a true summers day to remember! 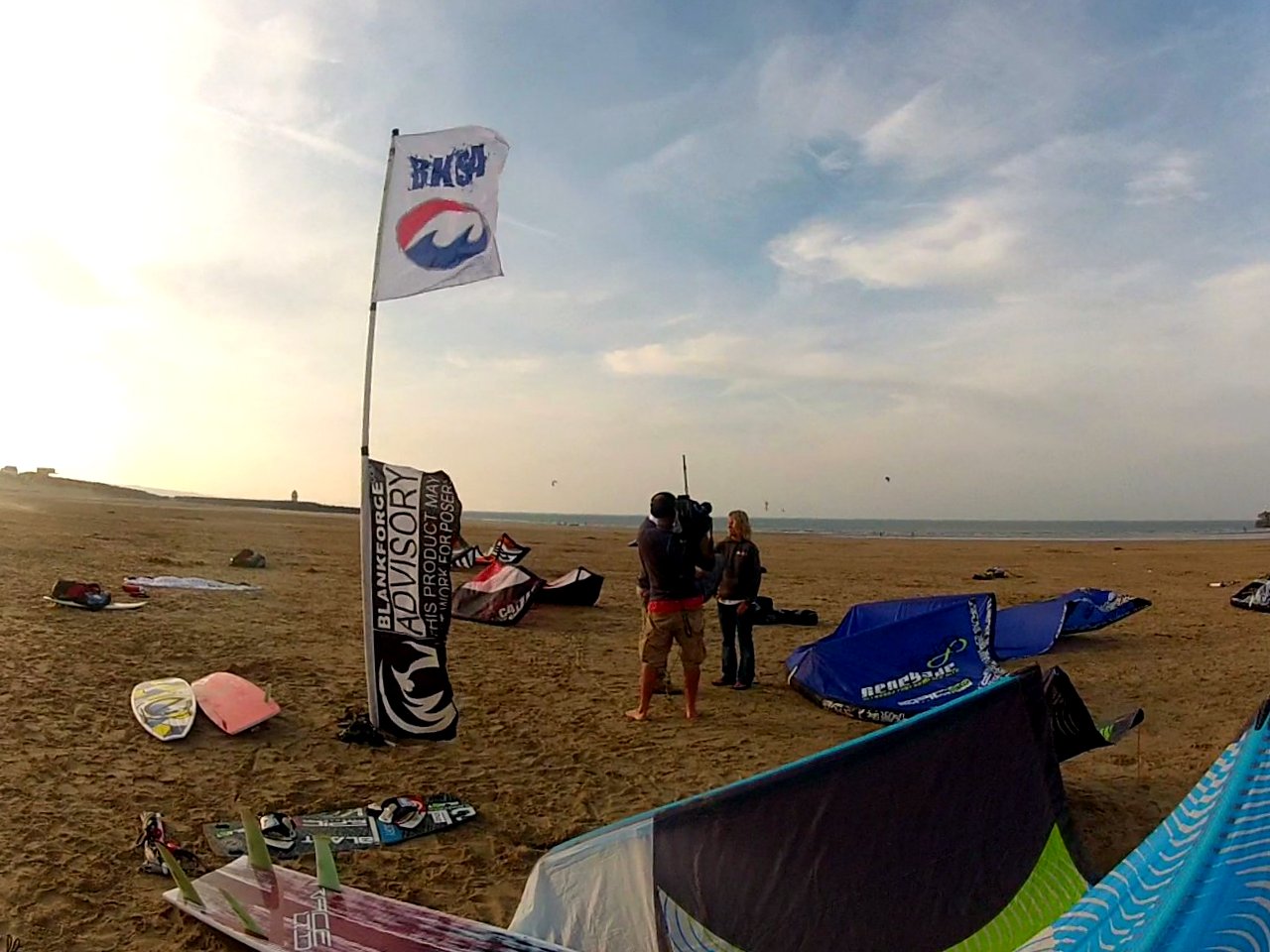 We’d like to say a massive thanks to all those that made it down so early in the morning..awesome!

The BKSA will be running Course Racing training sessions and Race Events during the rest of the year!