Kite-surfers battle for first place at national event in Exmouth 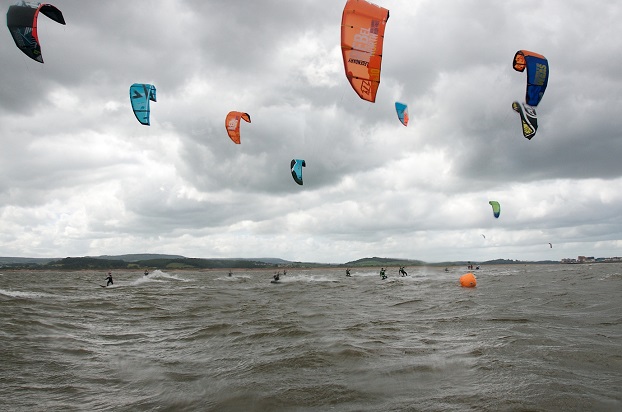 two-day event for the Edge Race Cup at Exmouth. Recognised as part of the national kite racing tour, BKSA UK, the event attracted massive support and participation with key sponsor ATASS providing the richest cash prize of the whole tour for the professional race-board category Fleet A.

Vanessa Cobb, Head of CSR at ATASS Group said “The competition was fierce and the fact it was so close made it thrilling to watch. I was impressed by the obvious commitment and talent the young participants displayed. Exmouth has certainly become the place for kite-surfing.”

Day one began with rider registration and the days briefing at the event site. The morning conditions were incredibly challenging with strong westerly’s gusting up to 35 knots. The A fleet achieved incredible speeds in race one with youth World Champion Ollie Bridge getting off to a flying start notching up his first win by a big margin. Denzil Williams recorded his best result of the weekend with a hard fought second place from Lee ‘Pasty’ Harvey. The morning was completed with race four and as the tide turned the afternoon races five and six were run in flat conditions and excellent wind. Ollie completed the day with six straight wins and was described as being ‘in a league of his own’ by the other competitors.

Day two began with a chilly breeze and light rain, coupled with light winds. The A fleet rigged large kites which saw some incredibly close racing. As the wind picked up throughout the day it went down to the wire for third place with Denzil Williams and Jack Galloway effectively in a shootout in the last race for the final podium spot. On the final downwind leg leader Jack Galloway tripped and recovered only to be overtaken by Denzil Williams just metres from the finishing line. Ollie Bridge showed his world class talents and completed the event undefeated with 10 wins from 10 races followed by cornishman Lee ‘Pasty’ Harvey.

The B fleet was also dominated by one rider Eric Diamond, who only slipped up once during eight rounds achieving seven wins and one second place. A battle for second and third place was fought between Matt Causon and Olly Lawrence. After eight races they were separated by just one point with Matt Causon eventually securing second place with Olly Lawrence in third. Round the world yachtsman Conrad Humphries also competed fiercely in the B fleet and narrowly missed the podium with a fourth position overall.

Richard Gowers, chairman of the British Kitesurfing association commented “Exmouth and Edge Watersports really delivered this weekend, a great event and we look forward to returning next year.” 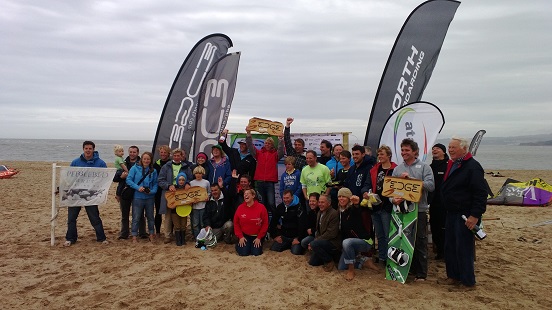 Organiser Steph Bridge stated: “Special thanks to all our sponsors and partners who helped made the Edge Race Cup happen, and to those competitors who travelled far to join us in this fantastic event. Each year we see the event growing and we look forward to welcoming even more participants next season for the Edge Race Cup 2014.”

Edge Watersports has been another way to convert Steph and Eric Bridge’s passion for the ocean and the means to enjoy it in an honest and sustainable business in Exmouth, based on top notch products and premium customer service.

ATASS is a pioneering research and investment company with a diverse portfolio of sustainable, innovative enterprises.

The Group is made up of a unique mix of profit-making businesses and social projects with a strong and focused ethos of providing value to the communities in which we operate.