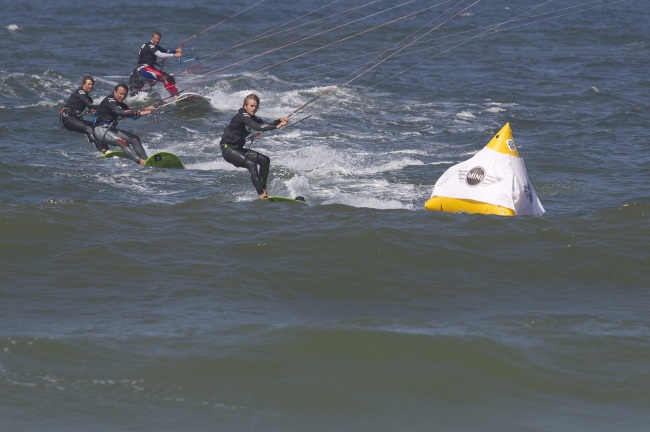 Elimination one  kicked off in the early Friday morning with 12-15 knots sideshore winds, and a 5 mark downwind slalom course. The first heats went of smothly with almost all favourites advancing, and it was up to the mens final when a whole group of riders went over the line too early causing a general recall, leaving only the two germans in the final left to take glory in the re-run of the heat. Florian Gruber won this two-men final with a margin over NKB teammate Dirk Hanel. The unlucky finalists which were all black flag disqualified were Julien Kerneur (FRA, RRD), Maxime Nocher (FRA, North),Rolf van der Vlugt (NED, Airush), Gunnar Biniasch (GER, Flysurfer/Royal), Tomek Janiak (POL, RRD) and Blazej Ozog (POL, North).

The womens final was dominated by Katja Roose who took victory in close racing over Caroline Adrien in second and Kristin Boese (GER, Best) in third. The womens winner final was completed by Sabrina Lutz (GER, North) in fourth, Michalina Laskowska (POL) in fifth and Kathrin Borgward (GER, Cabrinha) in six.

The womens final was again dominated by Katja Roose ahead of Caroline Adrien and Christine Boenniger.

Elimination three kicked of on Saturday with the re-seeded fleets and four quarterfinals of the men, and half fleet races for the women. Kerneur had a black flag start in his semi final and was only able to win the losers final, giving Maxime Nocher (FRA, North) the chance to take victory ahead of Rolf van der Vlugt (NED, Airush). The womens final was won by Katja Roose for another time, ahead of Caroline Adrien (FRA, Cabrinha) and Kristin Boese (GER, Best) this time. 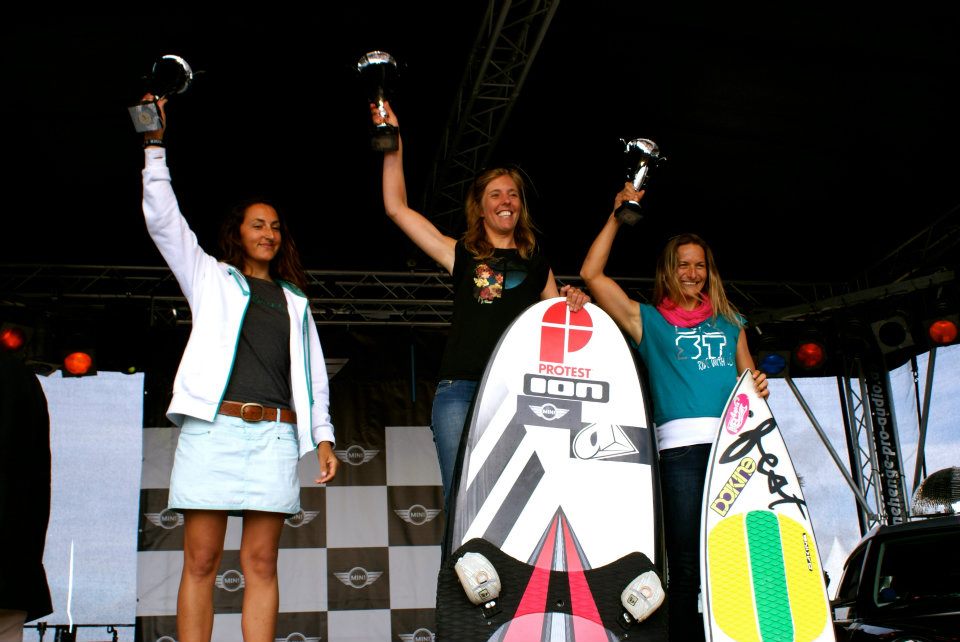 The race committee pushed for further results and immediately went into sequence for a half fleet race for the men, and a full fleet race for the women. 15 on the line in each of the semi finals proved to be a spectacular show. The mens final went of with the usual suspects of Kerneur taking first place, van der Vlugt in second, Nocher in third and Solbach (USA, North) in fourth. In the womens fleet, Kristin Boese managed to win this elimination in front of her home crowd, letting Katja Roose only coming into second and Boenniger (GER, Flysurfer) in third. 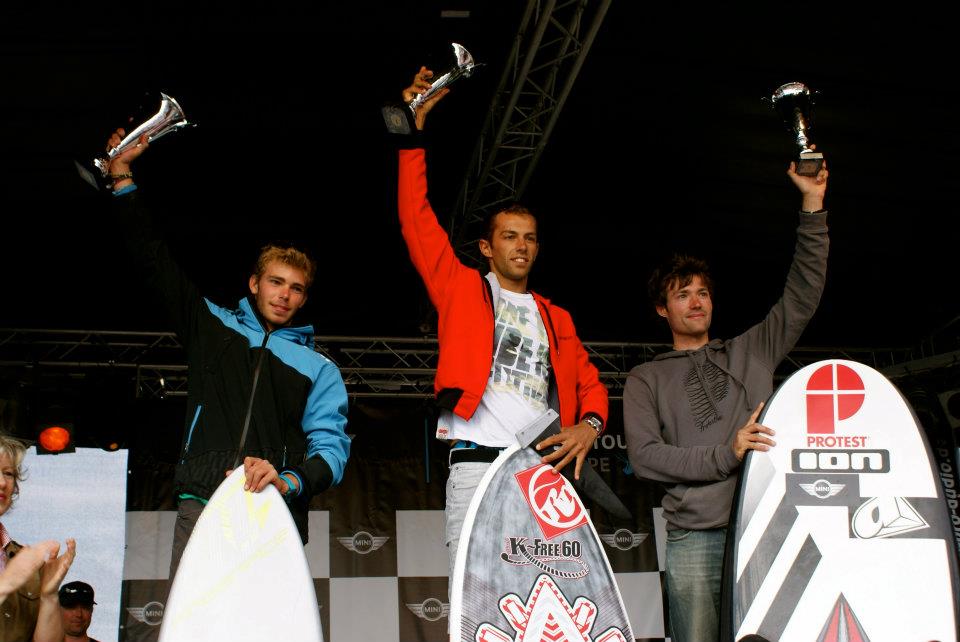 Finally, the last slalom of the event, a full fleet race for both men and women. The race committee re-set the course for a one kilometer reaching start and longer slalom legs, and the fleet went of with 30 men on the line after the full fleet race of the women, which was another time won by Katja Roose ahead of Caroline Adrien and Michalina Laskowska (POL) this time.
In the mens, Kerneur dominated the race another time and won this final heat with quite a margin. The new free-race boards proved to worked perfect in the conditions ranging from 8 to 14 knots on this final day of slalom, allowing for high speeds on the reaches and fast turns at the marks. Nocher came into second, with Bruno Sroka (FRA, Cabrinha/Aguera) taking third.

The next major slalom event will be the european slalom championship in Gizzeria, Italy, from July 25 to 29, with another 10000 Euro in cash prizemoney up for grabs.
Registration is open for this event and can be found here :CLICK HERE