The first ever King of the Exe goes off! 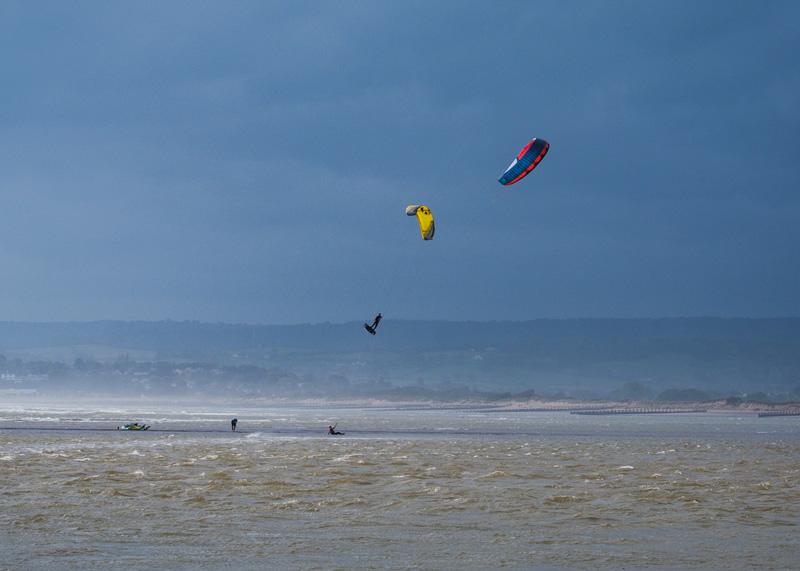 The first ever King Of the Exe went off at Exmouth Seafront on Saturday 13th October. 25 riders entered the event having come from all over the UK, but with a 35knot forecast, the decision was made to reduce the numbers. A selection of experienced riders with competition knowledge including British, European and past champions stepped forward. 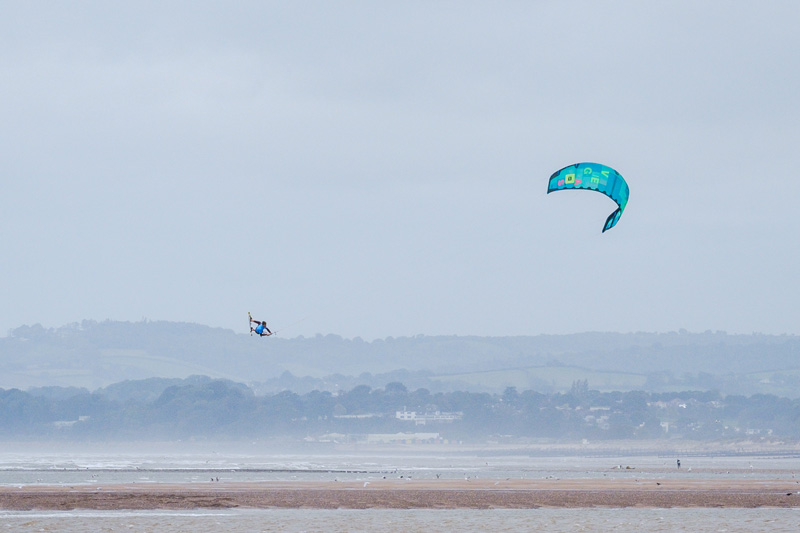 The line up was fierce and just as the heats were drawn the sunshine arrived right on cue! Spectators lined the beach and bystanders struggled to walk in a straight line, distracted by the display with riders sending mega loops, board offs, boogie loops and other insane aerial acrobatics.

Organized by Edge Watersports, event coordinator Steph Bridge commented that she was really pleased with how the format worked which had been easy to grasp and engaging for spectators. A four trick per person heat with an order of riders allowed people to better their last trick and work out what they needed to do to get their score higher to advance to the next round. 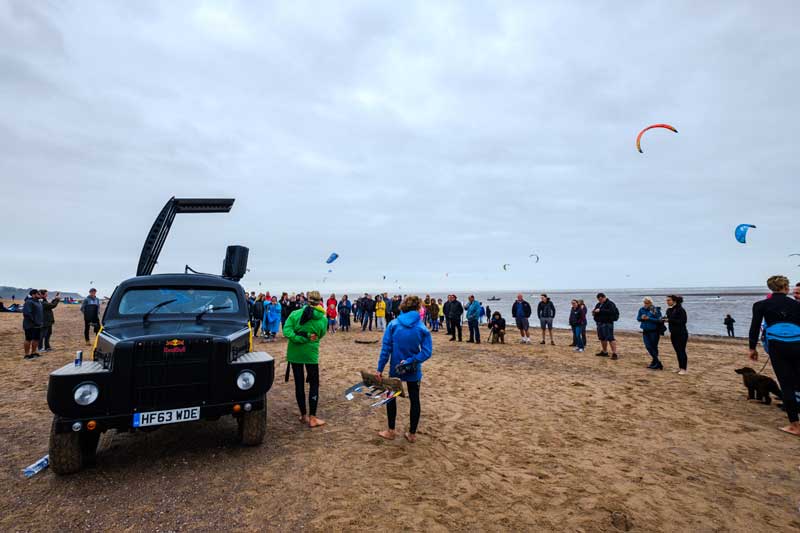 Supporting the event, Red Bull were on hand with a DJ and a videographer to film the days action and the biggest surprise was when Tom Bridge (a Red Bull KOTA 2018 competitor) missed his landing on a kite loop KGB attempt in the first round and made an early exit from the comp, leaving his older brothers Guy and Olly to battle for the podium places. 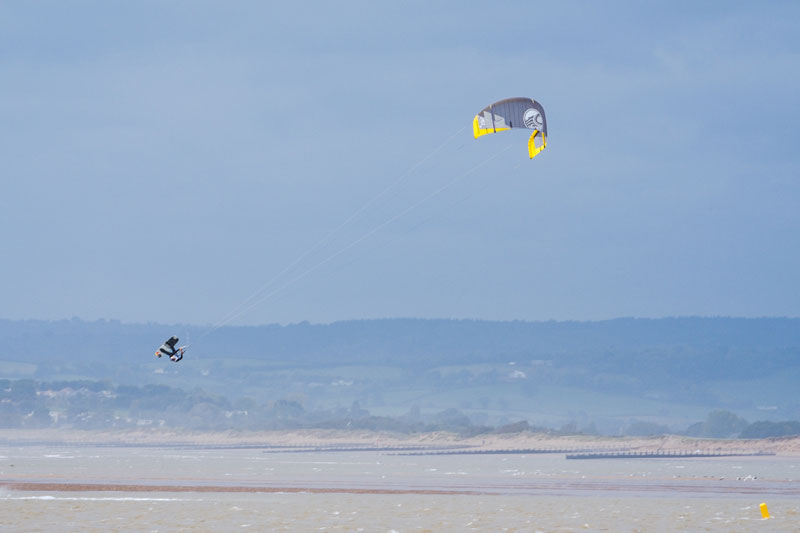 Local riders had a lot to prove with strong competition from Oli Sweeney and Robin Snuggs. There was a lot of pressure on with Olly having set the new UK Woo record of 24.6 metres the previous day. Olly on his Flysurfer Soul (a foil kite) was going huge but this wasn’t enough to take him to the final. Guy’s insane boogie loop in the semis gained him a place in the final while Robin and Oli Sweeney were going all-in on late loops and spins. These three made it to the final and with an easing wind the riders were really working to find that extra gust to gain some more height. 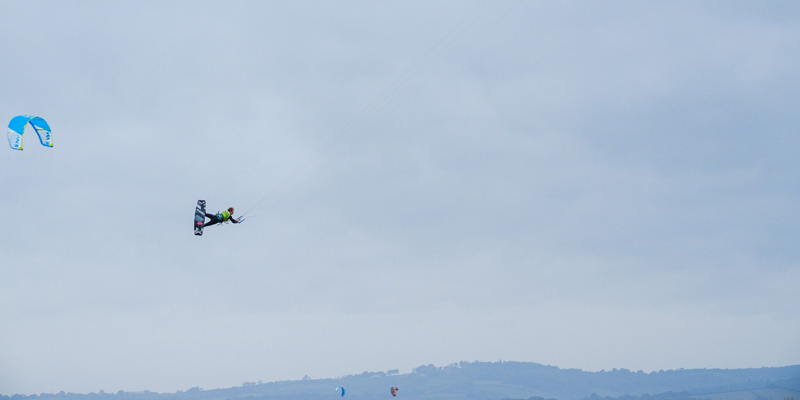 Robin with the biggest loop of the day!

It was tight, but in the end the King of the Exe 2018 title went to Oli Sweeney, with Guy Bridge 2nd and Robin Snuggs in 3rd. Oli’s win was well deserved, but he was only half a point ahead of Guy at the final call!

Oli took home a GoPro 7 kindly donated by Red Bull for his efforts.

Edge Watersports would like to send a massive thanks to the judges; Sukie Robertson, Harry Goode and Tom Beaton. Thanks also to the BKSA, Holly Bendall, Red Bull, Eddie Hooper for making the trophy and Eric Bridge for the idea!

Edge Watersports will be organising the Devon Youth Freestyle & TT racing Championships next week. The weather window is between 23- 26th October and it’ll take place at either Westward Ho or Exmouth. 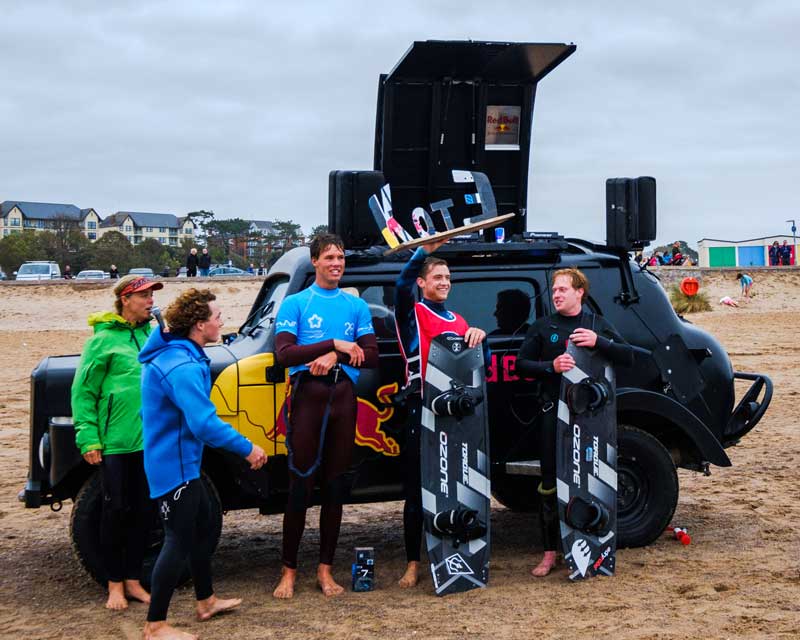 LOOK OUT FOR A FULL ACTION EDIT FROM THE EVENT COMING UP THIS WEEK!