Settle down and enjoy the latest update from the UK’s busiest kitesurfer, Lewis Crathern.

“October was amazing the busiest month of my life! It started in Holland

then a drive to Barcelona, day trip to Berlin, coaching in Wales and I even managed two school visits….”

The first trip of the month was to the final tour stop at the Mini Kitesurf Tour Europe in Barcelona. It was a really special trip as I drove out there with both of my brothers who don’t often see me in action commenting and

presenting. The weather was superb throughout my time there and the wind delivered. Congratulations Mario Rodwald and Sabrina Lutz from Germany on taking the freestyle championships. Barcelona was beautiful its up there with my favourite cities…

My main Kiteboarding Sponsor ‘Best’ are based in Berlin and I love going out
there to visit. It’s the second time this year. Being only a 2 hour flight I can go for the day. All around the building there are new products, prototypes and people from each of the departments. I’ve had a great 2013 riding for Best and next year is looking even better.

After barely a day back from Berlin I took off in the Van. 4 hours later I arrived in South West Wales to perform one of my clinics with the kite club there. It must of rained everywhere else in the Britain but was sunny all day. The members were great 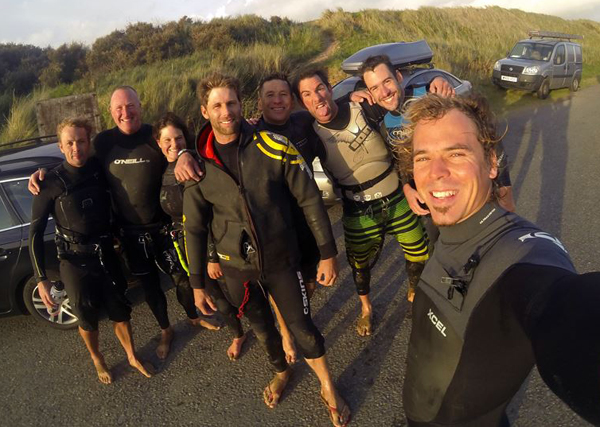 and handled the strong wind extremely well, we went over boosting better, front rolls, back rolls and all the classic moves. When the day was finished we must of kitesurfed 5 hours! Looking forwards to the next clinic with these guys what a day!

This term the students at Long Hill School have been 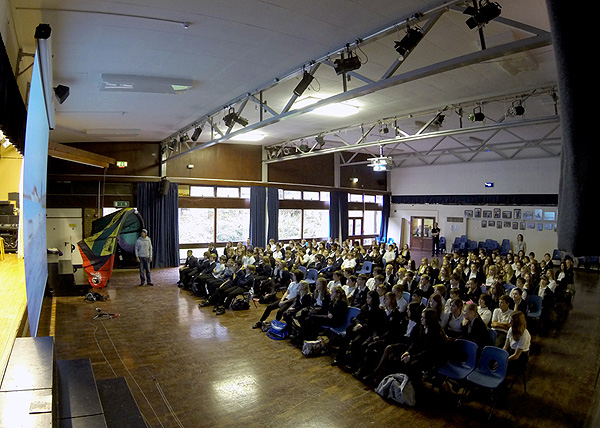 looking at different types of Renewable Energy. I was invited in explore Wind Energy and the ways I can use the wind to do what I do as a kitesurfer. Together we also discussed other areas of Renewable energy and what we can do as Humans to be more eco friendly.

I’m always going on about important my van is in my life but something really special came up in October. VWt Magazine came to take photos of my van and how it helps with my kitesurfing life. 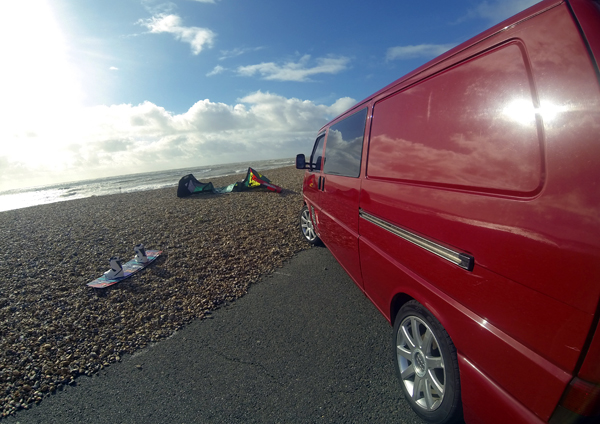 I was granted access to drive on the seafront for the day (Thanks to the Local Coast Guard) It was amazing the best parking spot ever just for one day.  Thanks also to Huets In Car Specialsts for the top job inside.

The Red Bull Megaloop Challenge has to be one of the best showcases of kitesurfing on the planet. i was invited to commentate this high wind event by Ruben Len10 friend of mine and massive inspiration. Guys were going for it in 40mph on the Zandfoort beach (Netherlands) and 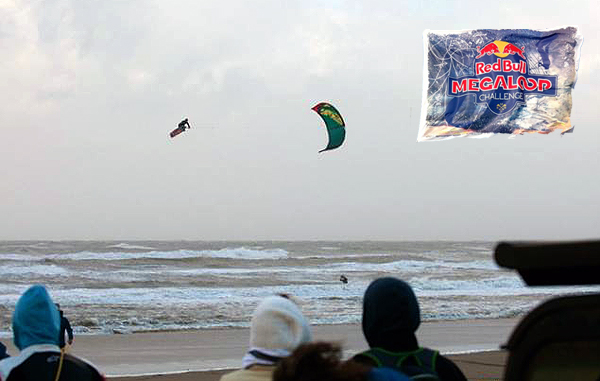 some of the most epic crashes ever filmed were caught on camera. Just before the final I got out with Ruben for a little demonstration (see the pic above) The Megaloop to me is the most exhilerating feeling in kiteboarding!

Lastly during my busy month I went down to Windlesham House School to speak about Kitesurfing. In a very unique twist to my typical Kitesurfing Talks, 10 year old Tom Seager was in the crowd who is an active Kitesurfer. He was one of only 70 people to 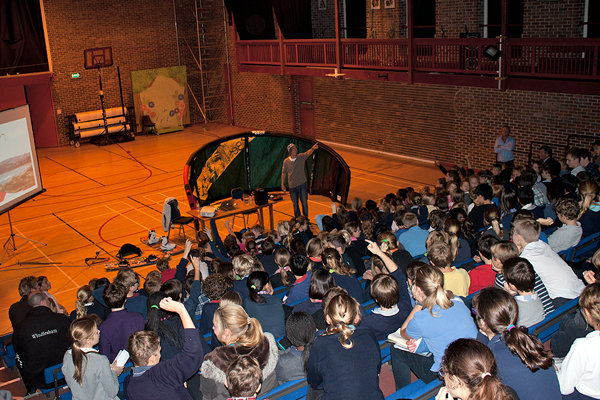 complete the Virgin Kitesurfing Armada all the way to Lancing! Together we explained all the gear and how it works. This was one of most engaging assemblies I’ve been involved in thank you everyone at Windlesham.

Another ridiculously busy month for Lewis!  We’re still not entirely sure how he does it but we’re looking forward to next month’s update.