Summer is nearly over and once again we are getting close to Autumn.  The time of year that the Ocean Film Festival arrives in the UK to give us our dose of ocean inspiration for the coming year. Get ready to be inspired!

Last year’s Ocean Film Festival provided numerous opportunities to get fully inspired. Once again the rare breed of ocean adventurers, enthusiasts and ocean lovers who often dedicate their lives to their passion of either being above or below the surface present their life-long projects in film. This year, the Ocean Film Festival provides another great opportunity to look through the lense of life in a different way. We follow seafaring adventurers rowing dangerous oceans, surfers charging the world’s biggest waves and those individuals more comfortable with being under the surface exploring the planets hidden depths.

As the storytelling comes to life join the salty journey and expect to leave the cinema wowed by the magic and mysteries of the world’s oceans. With enough inspiration to last well in to 2019, it could well spark off your next adventure involving wind and kite. These incredible ocean-themed films will be screened at more than 35 locations across the UK and Ireland thoughout September and October.

The trailer will provide you with a taster and here are some particularly notable moments in picture. 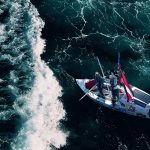 Rowers in their sea faring adventures – Touched by the Ocean 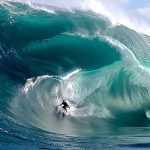 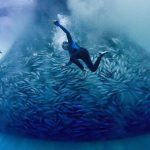 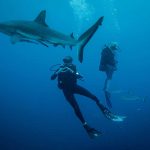 For more information on screening locations and times visit: