The weekend of the 20th-21st of May saw the 8th annual Edge Race Cup, sponsored by Exeter City Futures, take place in Exmouth, Devon. Over 30 riders registered for the event with international riders arriving from France and Germany to compete in the professional fleet.

Saturday saw racers in both the amateur and professional fleets face challenging conditions as the winds rose upwards of twenty knots as localised squalls passed through before dropping back to single figures at times.

Racing was tight in the pro fleet but Olly Bridge was dominant, recording a string of victories with brother Guy Bridge and German rider Benni Boeli close behind.

In the amateur fleet Lance Olner fought a tight battle at the top of the fleet with Jonny Hutchcroft but – as with the professional fleet – one man consistently came out on top, with Lance Olner recording back to back victories. Further back a three-way battle developed for third, with Tom Bridge, Gareth Mogs and Darren Hammond all recording a podium finish.

Following the race the riders convened at a party and silent auction, hosted by Topsham based Pebblebed Vineyards, for a fantastic evening of socialising, great food and local wine. The silent auction raised an amazing total of £820 for Surfers Against Sewage, with prizes generously provided by: Edge Watersports, Bumble and Bee, W Trout & Son, Aspara, River Exe Cafe, Exewake, Rockfish Exmouth and Pebblebed Vinyard.

In the professional fleet, local riders Guy and Olly Bridge extended their advantage in first and second place respectively, as Benny Boeli battled with Connor Bainbridge battling it out for the final podium spot with only a point separating them after eight races. 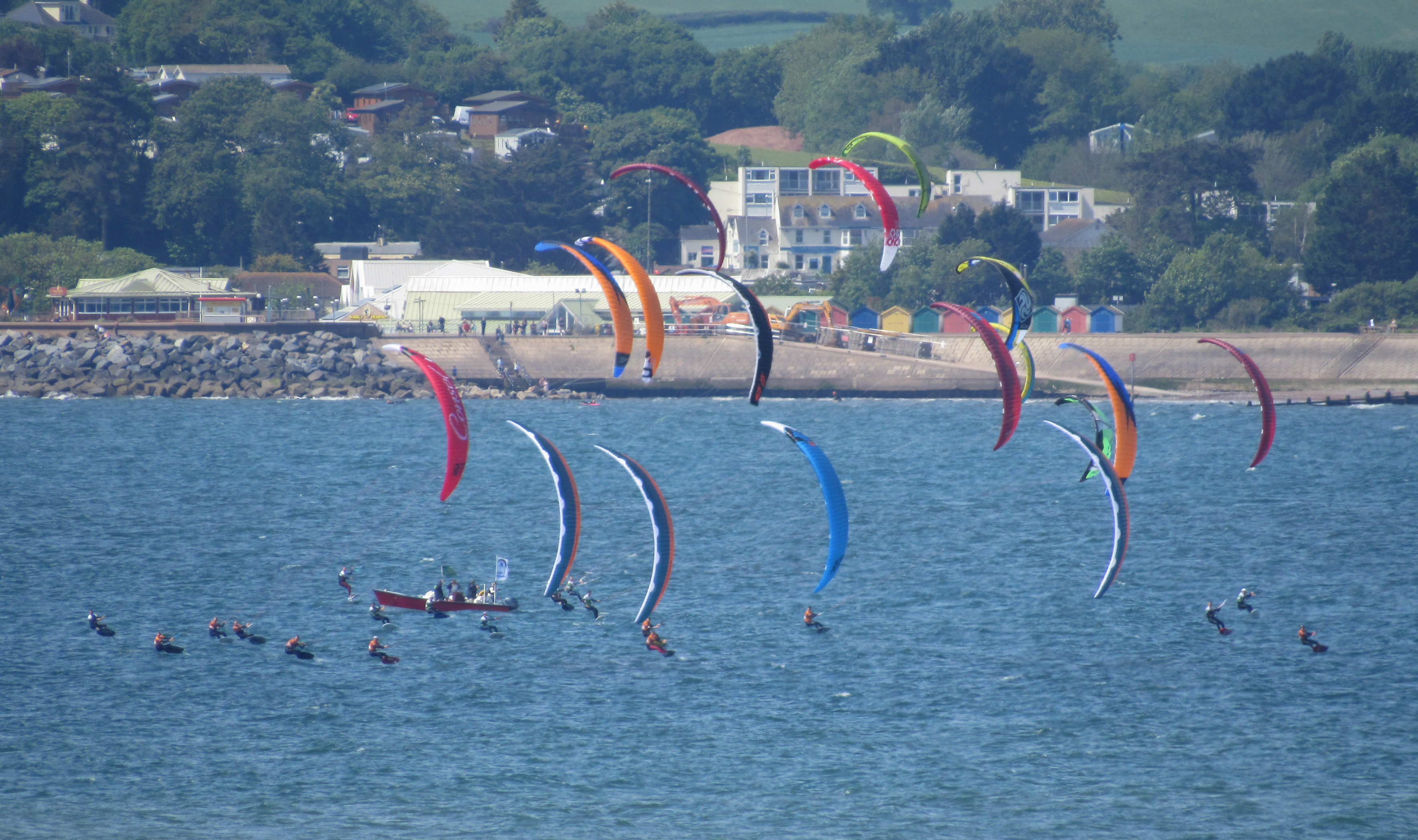 Following a short break riders hit the water for the final three races of the day. The second race of the afternoon saw huge moments in both fleets with Olly Bridge out in front once again in the professional fleet only to come unstuck as he crashed in a big way after sailing into some underwater debris. Likewise, Tom Bridge was leading the way in the amateur fleet right up until the final mark when he also crashed spectacularly and was overtaken by his rivals, unfortunately this saw the end of Toms podium challenge as despite a f place in the days final race he was unable to overturn the deficit to Gareth ‘Mogsy’ Morgan in 3rd. Meanwhile Lance Olner completed the afternoon races on top pushing rival Jonny Hutchcroft into second place.

In the Professional fleet after a solid afternoon Benni Boeli kept Connor bainbridge at bay to finish third finishing behind home riders Olly and Guy Bridge.