Check out the report from event 2 at St. Andrews, Fife. Written by Tom Arlott

Well the day kicked off with the forecasted 10-11mph of wind, by the time a course was set up and all bar one competitor was ready to race, FISLY rules state that if you’re not at the first briefing, you don’t get to race! The race officer gave the other pilots the option of awaiting the return of the errant pilot, (who’d had to nip into town to buy some boots to race in having left his own at home in Aberdeen) or penalising him the days racing for missing the briefing, they opted to wait till his return. (1, 2, 3 awe…..) J 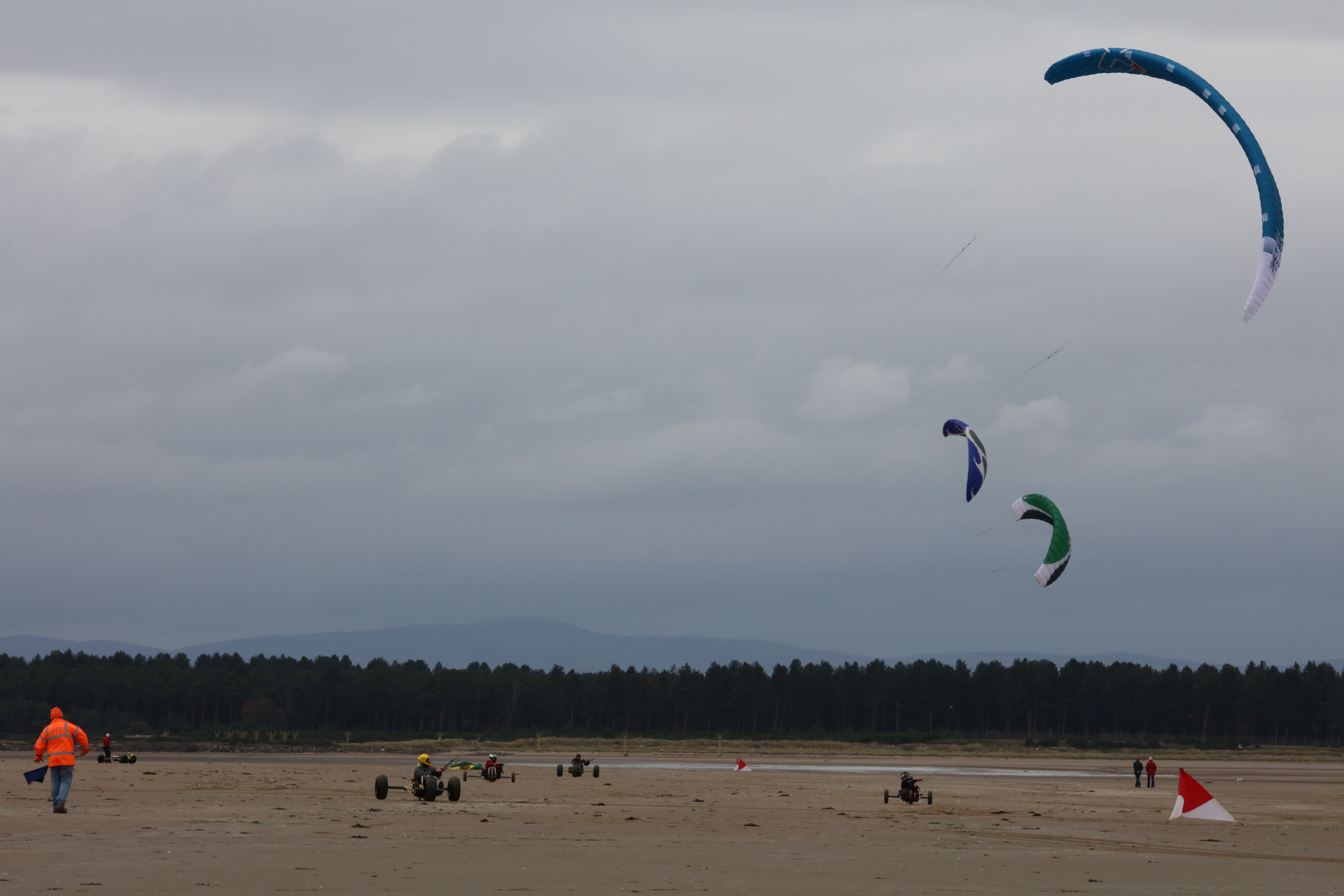 The customary 15 minute warning to the start of the race was given, and the race then got underway. The course being a relatively simple short four point course to suit the low, offshore, wind speed. As the race progressed the wind started to drop, the leading two pilots eventually managing 9 laps in the 20 minute race.

As the sun was shining, blue skies, and a relatively dry beach, every one waited in the hope that the wind would pick up, It did for short spells and two further races were attempted, but cancelled, when the wind failed to maintain its required minimum of 8mph for the final 3 minute count down to the start. As usual the incoming tide dictated the end of attempts for the day.

Forecast was grim to start with going into Sunday zero temperatures and very light wind until mid-day, then only expected to be the minimum required of 8mph.

An interesting morning as the Harr (mist) was lying all over the beach, coming and going in its intensity. Setting out the course was interesting, you’d walk to your next intended mark location, turn around to get your bearings on the other marks, only to see them fade away from sight as the Harr thickened. Anyway eventually a five point course was laid in a kidney bowl shaped formation by around 10:30am. 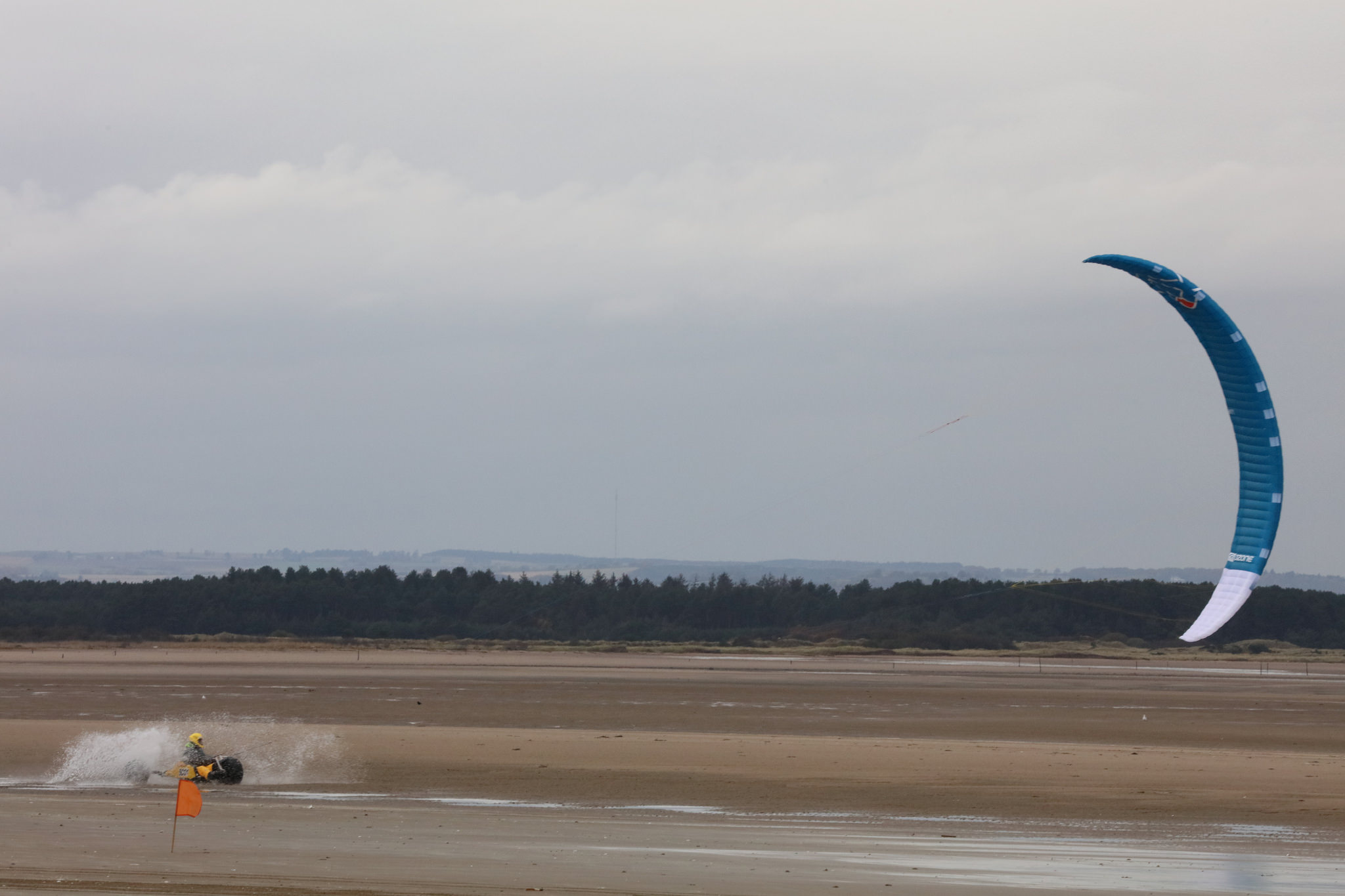 Sitting in the technical area, witnessed the coming and going of the course visibility as the morning wore on, and still we waited for the wind to get above its 4-5MPH. Again as forecast, the sun started to break though, this in turn burned off the Harr, and the wind slowly rose in its intensity.

Around 12:30pm, we had 9mph average, 10mph max. Race time! First race got underway, again, 20 minute duration, and the wind came and went during the race, the winners finally achieving 6 laps on the longer course. A quick’ish turnaround got a second race underway, winds still very marginal but just legal and again 6 laps for the leaders in the 20 minute race, the leader having a good enough lead over second place to allow him the facility of a few pirouettes down the last straight to allow the 20 minutes to elapse before he crossed the finish line at 20 minutes and 10 seconds race duration. By then most pilots were flying without feeling in fingers and toes, with only another maybe 30 minutes left before the tide would again encroach on the course, it was time to call it a day. 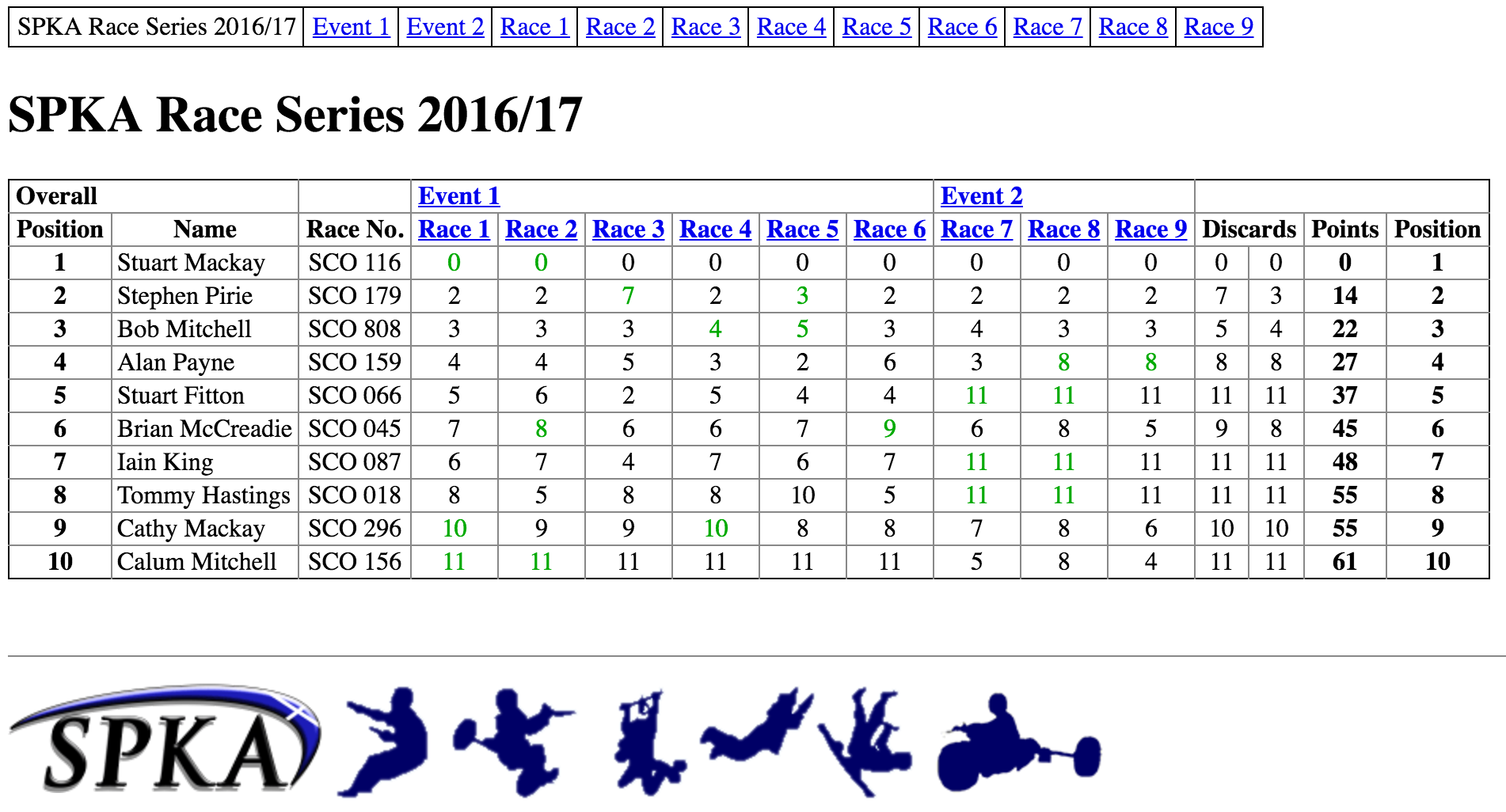 Three more races towards the series on top of the 6 races achieved at the first event at Sandhead, kept everyone’s spirits up! Stuart Mackay leads the way way.

Due to poor tide times its now a long lay-off till event 3 at the start of March 2017.

Results to date are available at http://spka.org/results/2016-17s1.xml