Head of training at the BKSA, Andy Gratwick, shares his tips for improving your kiteboarding stance on twin-tip, surfboard and hydrofoil and explains how the technique differs between each board

How is it we can recognise a pal from 500 metres away, dressed in a 6mm suit, hood and booties when kiting on grey rainy day? Everyone has a stance; some good, some bad, some effortless and some forced. He or she with the best usually wins in some way, even if it’s through the least amount of back ache after a high wind session.

As kiteboarding has evolved and matured, so too have its disciplines. In turn the different techniques to get the most boost on your twin-tip, effortless float on your foil or hard carves on your waveboard have also become more dynamic as the gear has changed.

I always find it takes a bit of tune-up time to get back in the groove when I go from one board to another. So how do the techniques for each board differ and what are the secret skills to get the most out of each style? 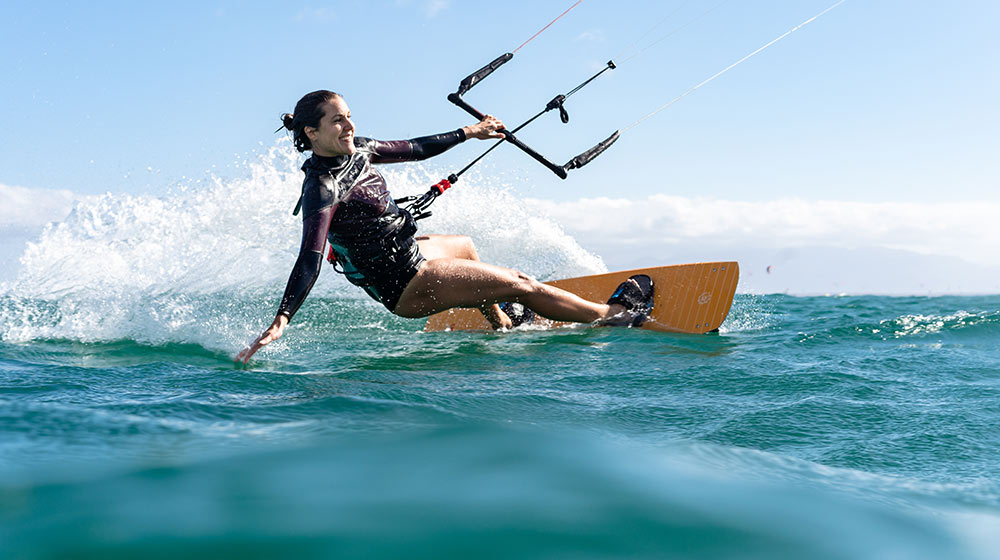 A twin-tip has the smallest fins of any board but it also has the sharpest rails. The board rides at a significant angle; let’s say between 30-45 degrees from horizontal. This significant deck angle does a few things: it enables you to use the rail like a fin for grip and gets your bodyweight leant out further to windward, giving you more leverage against the kite’s power. 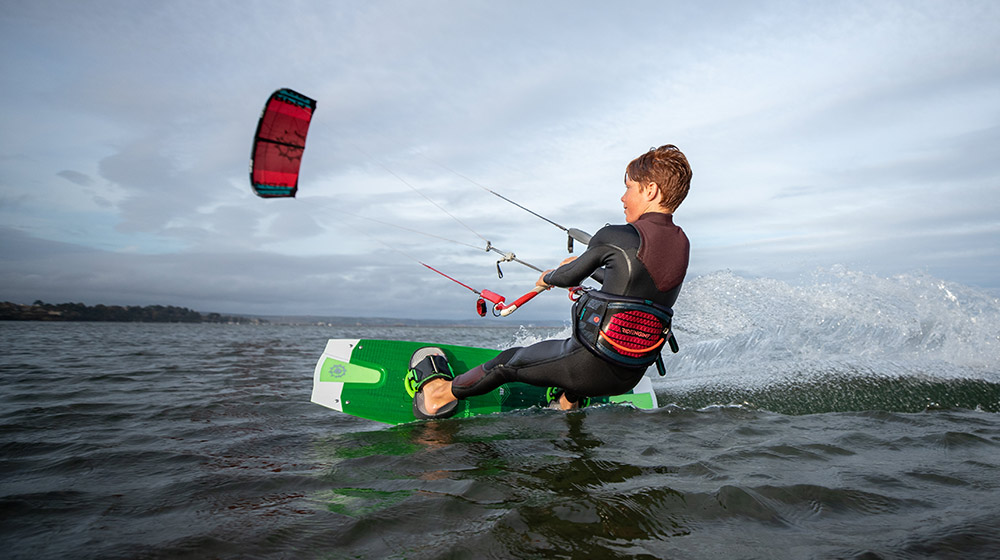 Understanding this stance will help you achieve more grip and therefore a better windward riding angle through the water. If you watch the top freestyle riders, they take this angle to the extreme for a brief moment when loading up their rail before a trick; gaining huge resistance for amazing pop.

Where you place your footpads or boots also has a bearing on stance. A wider stance gives more potential to edge powerfully, while a narrower stance tends to result in a more upright body position.

There’s almost always more weight on your rear leg on a twin tip, the extent depends on the individual, but could be over 75% at times. 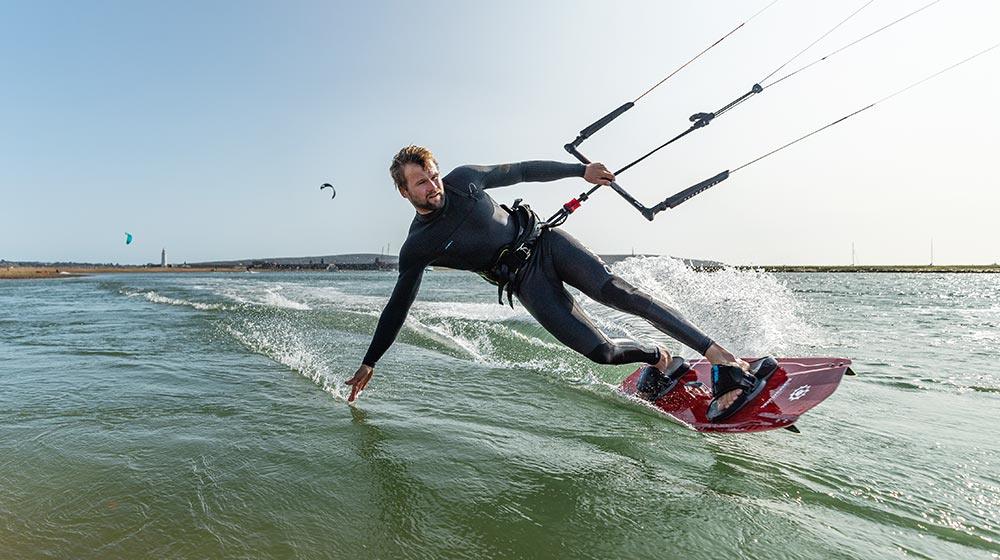 My board of choice in the winter is a directional. They are typically the longest type of kiteboard, between five and six feet usually, and also the most voluminous, set up with either three or four relatively large fins.

When riding a surfboard you should be driving the power through the fins more than the rail. Typically, if you want a good stance, this will mean your weight is spread more evenly (perhaps 50/50) across your feet. Your body should also be more upright because the board rides at far less of an angle, perhaps 10-15 degrees in the water, but can also be flat at times. 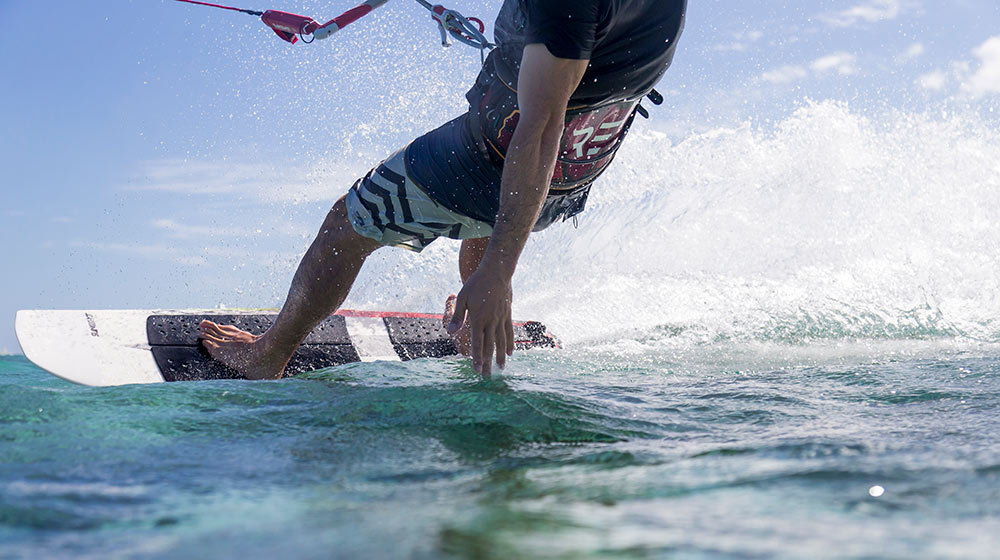 Your body still needs to be leant to windward and your head and shoulders are definitely still the best part of your body for the wind to hit first.

In general the surfboard stance is far more comfortable and less fatiguing, allowing you to lean forward into carves more easily.

Most surfboards (but certainly not all) are ridden without straps these days, which means your feet can move around to suit the moment or the wave. I move my feet a lot; further forward when heading out or when trying to get back upwind. When on a wave I spread my stance wider and move my back foot to the tail of the board to give me more turning control.

Strapless freestyle demands the widest stance to help you pop on take off and then for trying to keep the board on during spins and tricks. 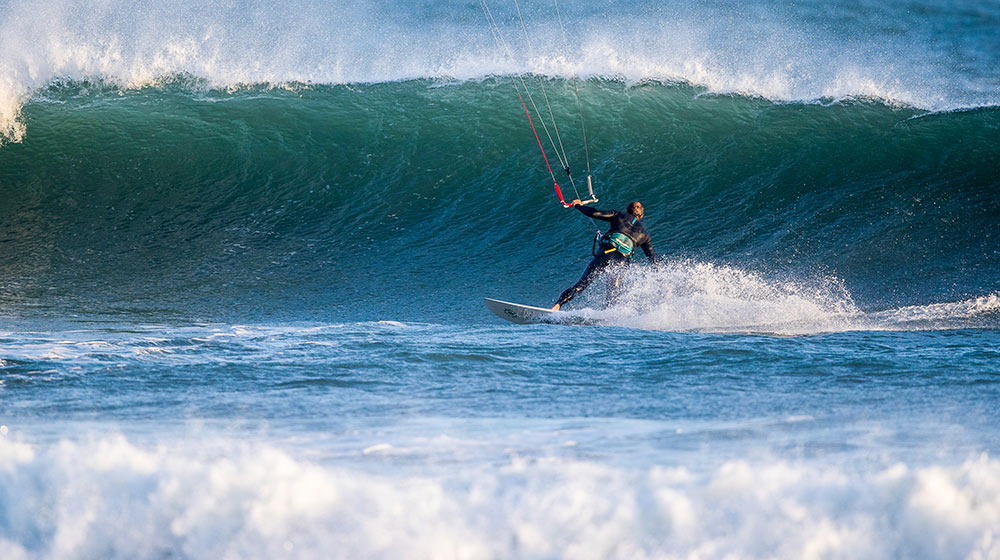 Generally you should keep your weight more over the board when riding a surfboard, so you can quickly weight your toes or your heels to turn. Reed Brady about to engage the face in Baja   Photo: Slingshot team

I love to coach this one a lot these days and am forever making up analogies for how to stand on the foil. ‘Like a cat’ – it’s probably not my best one, but being soft footed is the idea here.

Imagine you have just jumped off a table and landed. Freeze at the deepest part of your landing; flat feet, even weight, bent legs, arms out. 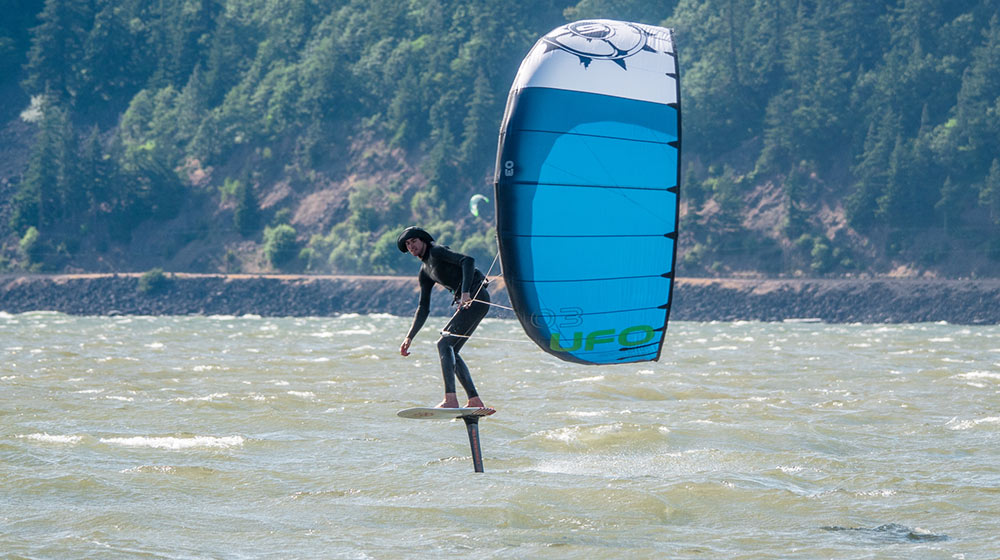 Fred Hope, cat-like, weight directly over his foil board – whether riding toeside or heelside, the same stance is required  Photo: Slingshot team

This is completely different from twin-tipping and foiling and, in fact, any other non-foiling boardsport. Foiling has its own stance through the disciplines from kite, wing, wind, e-foil and surf foil. There is a voodoo like central pressure that needs applying ‘through’ your feet. You don’t ride the foil in the usual way from rail to rail.

Having your weight pressing at 90 degrees to the board’s surface definitely applies here, but of course the mast can be canted right over in strong winds. If you look at the top racers, sometimes their masts are very horizontal, almost level with the water. Whatever the mast angle, the rider’s weight should always be pressing through the board at 90 degrees though, rather than through the heel or toe edge. It sounds weird I know but you will feel it… and love it.

Your front to back pressure needs to be balanced, usually 50/50 between your feet for cruising and remember to never lean your weight back when the foil is rising up.

The foil is by far the most stable, smooth and predictable board to ride once you accept and embrace the feeling. The more confident you get the more you can drive the gear and your performance. 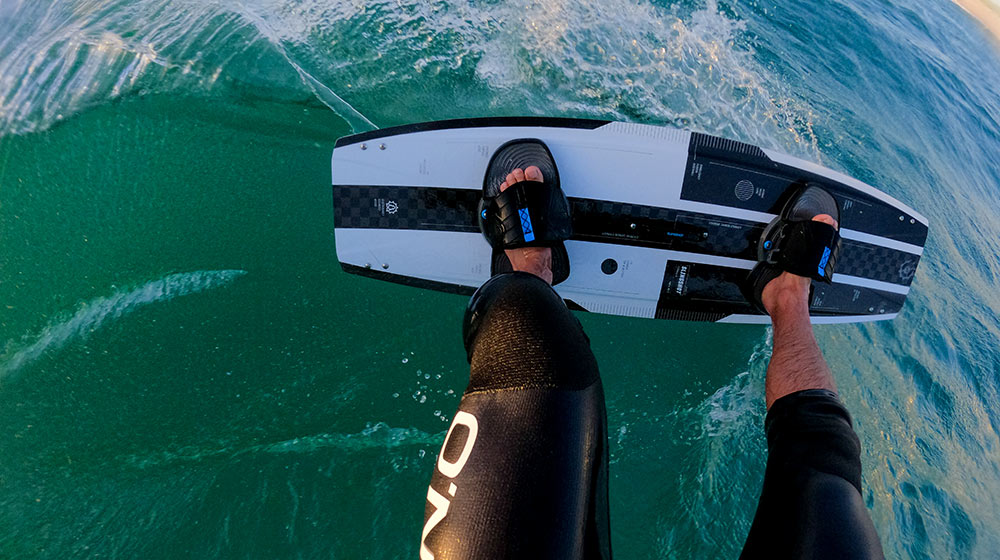 Rail and base being used in harmony for this beautiful heelside carve  Photo: Sam Light

DON’T EXPECT TO GET IT ALL STRAIGHT AWAY

Aggressive, dynamic edge and release control on a twin-tip doesn’t come instantly. It evolves over time, as does the timing to get the perfect pop, but understanding the best foundation will really help you progress.

Surfboard riding involves getting your weight over the board so you’re instantly able to pressure your rail to carve.

Foiling definitely takes a while to feel ‘in charge’; to be driving the board rather than feeling like it’s driving you.

Film and take pictures. Take the mickey out of yourself and your pals for having a ‘poo stance’ and then reason through why you defaulted to this, Were you overpowered, was the kite trimmed poorly or was your kite too high? There’s always a reason.

Stance is a marathon not a sprint. The more improved your stance becomes the better your riding will get.

If you’d like to quickly improve your riding technique, book a refresher course or hour of one-to-one tuition with your local BKSA school or coach. Find our list here.