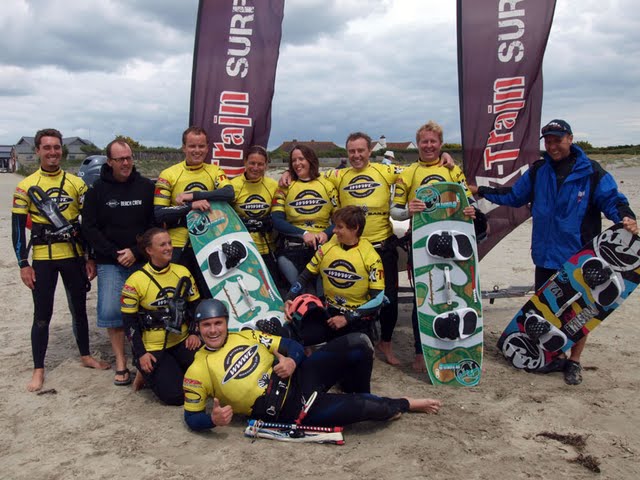 We were really pleased to host The British Kitesurf Association with the team from ISAF for kitesurfing lessons.

ISAF, based in Southampton, are the International Sailing Federation (the FIFA of sailing world) who have taken on Kitesurfing as the extreme end of sailing and looking worldwide to organise world class events and possibly add kitesurfing as a class in the Olmypics. This is a big deal for kitesurfing as a sport and we were very pleased they chose X-train and West Wittering as a location.

Kitesurfing originally became a class of ISAF in order to claim the sailing world speed record in 2008. This record was then increased again by Rob Douglas in 2010 (56.65 knots)

Since Kitesurfing took the outright world speed sailing record in 2008, kitesurfing became a class of ISAF to claim the record.This record was increased again by Rob Douglas

We had a cracking team on hand for the coaching, including Kirsten Borse (4 times world kitesurfing champion), Ellie and Myles from Easy Riders in Poole and James Crowe from X-Train West Wittering

Richard Gowers, the chairman of the BKSA was also on hand to help. He commented “It’s great to see the ISAF team trying kitesurfing – we want them to understand the kitesurf experience and enjoy it!”

Tamsin, Q, Al, Dan and Clive were put through their paces with an initial power-kite session in the field at West Wittering beach and then straight out into the shallow, tidal lagoon for some body dragging sessions. The wind was light – about 10 to 15 knots and there was plenty of flat water. The conditions gave every chance of progress to board skills, edging and getting up for the first time to get the real kitesurfing experience. 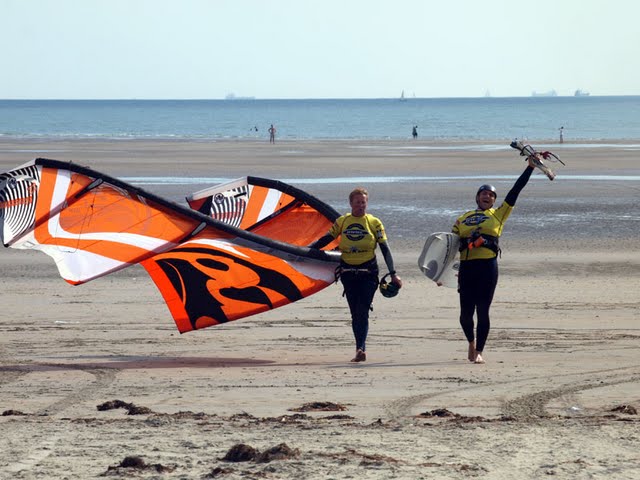 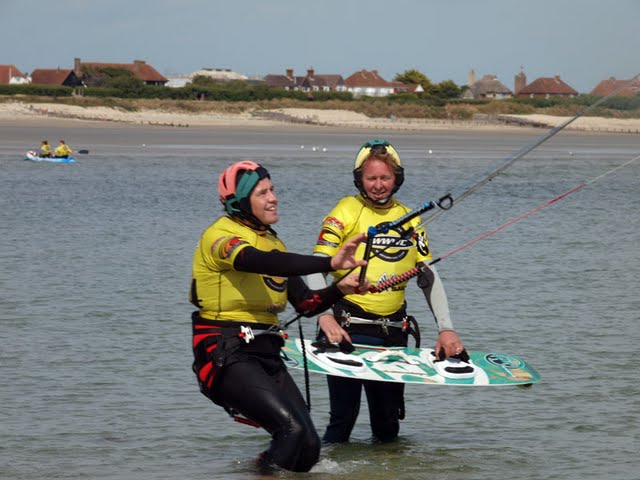 Thanks to X-Train and West Wittering Windsurf Club for hosting the event.