After the crazy winds in Troon for the freestyle, there was no rest for our race crew who quickly packed up and headed north to Oban to hopefully 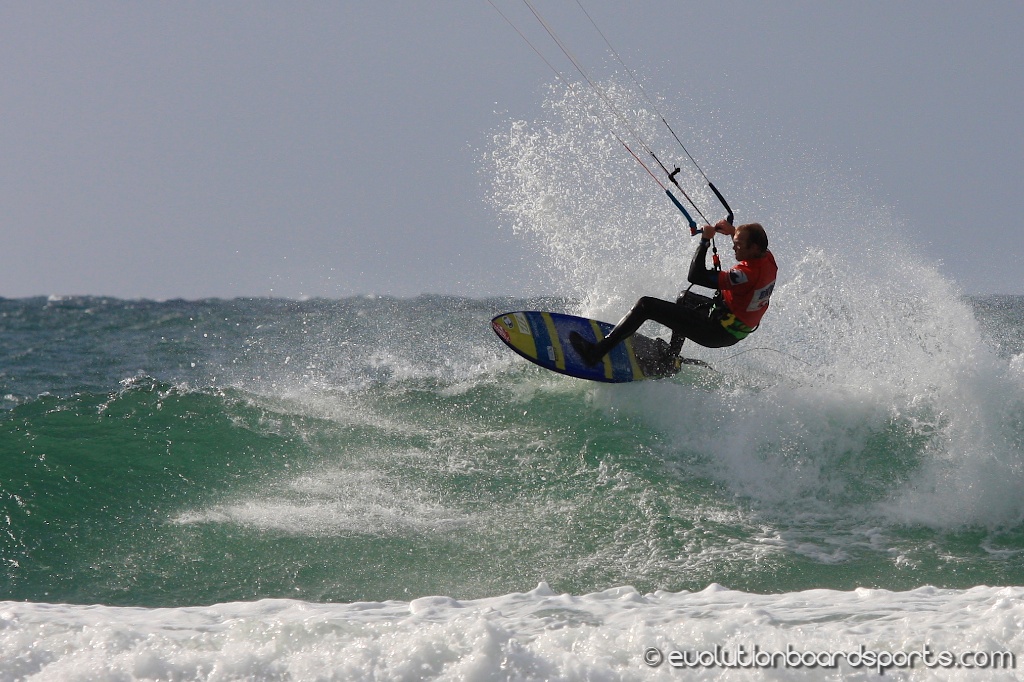 get the ferry (the previous days ferry had been cancelled due to the gale force winds!) over to Tiree first thing the next morning.

A somewhat rough crossing left everyone swaying long after they had touched back on dry land, but driving onto the sand dune overlooking Balephuil and being greeted with 40knot double overhead conditions meant anything else was, quite literally, blown away.

The monster swell didn’t quite stay for the rest of the week, but Tiree definitely delivered. Day 1 dawned cold, wet, windy and wavey. Balephuil was to be the base for the day with strong cross to cross off northerly winds favouring the regular stanced riders of the event.

In the Seniors the competition was fought from the very beginning. Last years winner Marc Rowly (Blast kiteboarding, Epic) put on an incredible show, and proved he was the one to beat in the gusty conditions. A quick change from Race Director to competitor saw Richard Gowers in his element in the waves, much to the surprise of most who didn’t even think he knew how to kitesurf! Tiree Frenchman Sebatian Harinlouk armed with his twin tip and Reo’s, obliterated every lump and bump of water coming towards him, proving to everyone just how versatile twin tips can be. Special mention must be made to Local Duncan, who aside from providing everyone with a most delicious meal on Thursday evening, who was giving it his all in his first ever competition! The top 3 seniors continued to battle it out all week, but in the end it was Marc who was victorious, Richard in 2nd with some stylish strapless riding, and 3rd was everyone’s favourite French man, Seb.

away from competition was no bother as she quickly staked her claim as the girl to beat. And beaten she was not! Winning every heat with superb style both on her front and backhand with her strapless board, she showed why she deserves to be British Champion. The other girls had a somewhat different story! By the time 2 full rounds had been done, there was a tie for 2nd place with all girls! So it was all to play for on the last day. Having moved location to Balevullin meant it was now the goofy footers who were on their good tack. Last years winner Kiera Alwood (Naish, HunstantonWatersports) showed some beautiful strapless riding and South Wales rider Sarah Rowly (Epic, BlastKiteboarding) threw masses of spray with her big turns. However it was the 2 newcomers Holly Kennedy (North, Ion) and Sukie Robertson (Ozone, Rocktape) who fresh from the freestyle competition in Troon made it to the finals with Helen. Sukie, equipped only with freestyle kit, proved it doesn’t matter what you ride and slashed her way into third place. Holly on her North Woohoo board and Dice kites happily cruised her way into second place, and vowed to pursue her wave career further!

On to the mens where there was no shortage of excitement. Early standouts includeed Jack Ridel (Naish), Sean Facey (RRD, BoardBarn), Paul Stebbings (Naish) and Alex Bird (Switch) to name a few. With most now riding strapless the crazy winds of day 1 were tricky to say the least, but none the less everyone hung on and we saw some of the most impressive wave riding to have graced our shores. The first 2 days Lee ‘pasty’ Harvey (North, Ion, PastyAdventures) was in his element, massive hacks and slashes ensured he was a mainstay of each final held. George Noble (Fone) came into his own when the swell picked up slightly, But it was his protégé Jordan Scott who stormed his way into the finals on the last day with some incredible riding, and there was no doubt in anyone’s mind when he was awarded ‘Best Newcomer’ of the event. In the end it came down to the classic surfer style of George Noble, the solid smooth riding of Jon Ellman-Brown and the aggressive radical power of Lee Harvey who were finally awarded the top 3 positions in a great evening, headlined by Tiree’s favourite band: the Defenders!

A massive thanks to all the Race crew and sponsors for making this event possible, and to the people of Tiree for sharing this incredible location with us for the week. 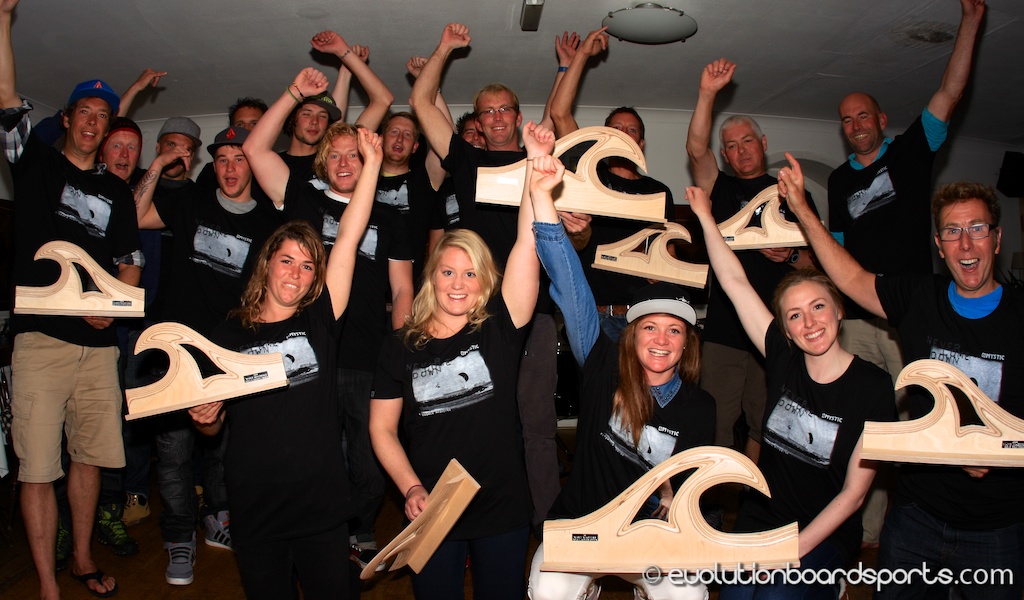